During the annual Coverings trade show, the Coverings Installation and Design Awards (CID Awards) honor outstanding work in both design and ceramic/stone installation around the world. Eligible projects are evaluated by an independent jury made up of construction professionals and specialists in the ceramic and stone industries. The event is attended by numerous design associations, designers, architects and companies.

For the fifth consecutive year, projects that used ceramics from Tile of Spain companies dominated the awards. Three of the four award winning projects in the international category used Tile of Spain. Additionally, two of them were presented in the latest edition of the Tile of Spain Awards for Architecture and Interior Design organized by ASCER. Below is a highlight of some of the winning projects.

Spanish studio ABLM Arquitectos used mirrored panels to create an “almost invisible” upper floor for a school in the city of Salamanca, with the lower story covered in stripes of multicolored colored tiling. the upper story of the reflects its surroundings and visually reduces the scale of the building. 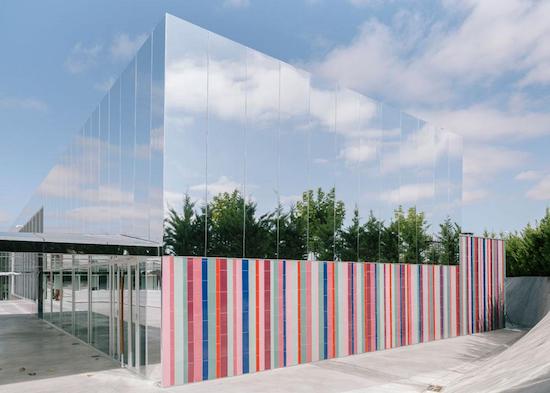 Brightly colored ceramics surrounds the playgrounds at ground level, the seven different colors symbolize the uniqueness and equality of each and every child. The upper areas of the building are covered with mirrored panels that reflect the sky and the trees, making this second level almost invisible amongst its surroundings.

This project was selected by the panel of judges as an honorable mention in the International category. This gastronomic space seeks to promote bluefin tuna as a quality product, the architecture has become a conversation starter about different aspects of bluefin tuna and its fishing. In the pavements, trapezoidal pieces designed specifically for the project were handcrafted and seek to create the effect of being underwater. Its irregular color has been achieved manually through a chemical reaction between pigments that are mixed through a manual drip process. 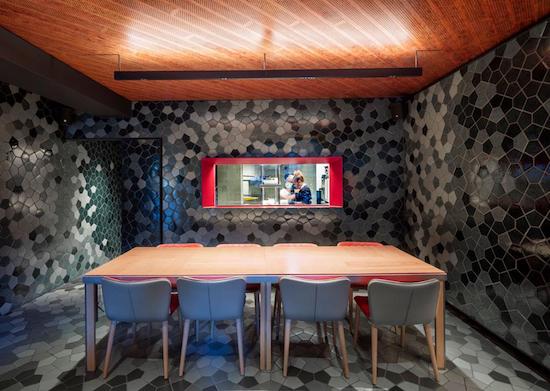 For the “ronqueo room” (dining room where public events of “Ronqueo” would be held, the traditional and manual cutting of the tuna), a ceramic tile was designed that was inspired by the skin of bluefin tuna with its bright blue and silver scales. A trapezoidal ceramic piece was created in 5 different tones. Its careful placement, in glossy format on walls and matte format on floors, generates a gradient from light to dark. Through a manual drip process, the pieces acquire a certain texture and their tones are not uniform, emphasizing the handmade process and its organic inspiration.

This project was responsible for the construction of 361 independent student residences in Amsterdam. The building became the highest modular project in the Netherlands (16 floors). The external enclosure of the building was made with low thickness ceramic sheets (3mm). In total, 7,000m2 of ceramics were used. 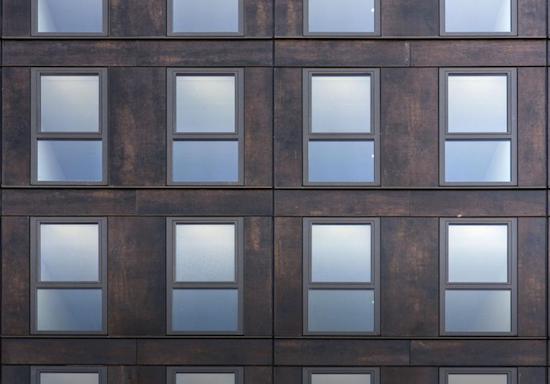 It is a unique building in many aspects, since a prefabricated system was used for its construction. The fully equipped houses were stacked in a way the resembles a concrete LEGO, directly from the truck, to form a 16-story building. This system of modular construction, with the finish of ceramic ventilated facade already pre-assembled, allowed this project to be completed without building any scaffolding in just 12 months, saving time and construction costs.