Miami, FL September 2016 – Tile of Spain, the international brand representing over 125 ceramic tile manufacturers belonging to the Spanish Ceramic Tile Manufacturers’ Association (ASCER), has released the Cersaie ’16 App. The App provides information about the Tile of Spain companies exhibiting at Cersaie 2016 on September 26th through September 30th in Bologna, Italy.

94 ceramic tile companies and ancillary industries will attend the 33rd edition of Cersaie. Once again, the group of Spanish ceramic companies is the largest foreign delegation at the show, strengthening the position of Spanish ceramics in international markets and reaffirms the effort to expand the brand Tile of Spain abroad.

The free Cersaie ’16 App, which is available for iOS and Android devices, allows access to all Spanish ceramic tile companies at the event. Participants can search through exhibitors, filter by sector and add their favorite companies to a “must visit” list, which can be shared with colleagues via email. 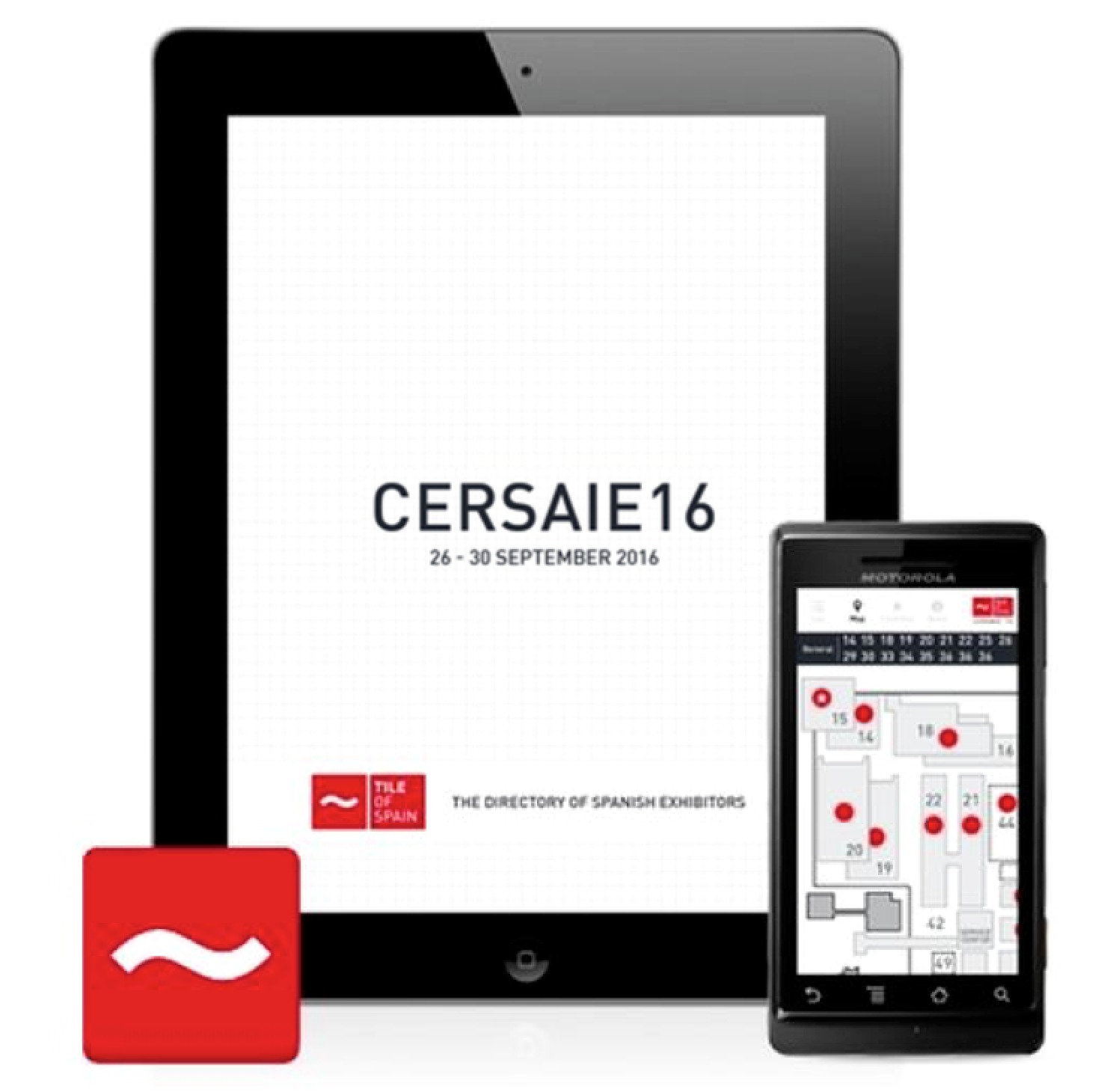 The Tile of Spain Cersaie ’16 App can be downloaded by clicking aquí, or by visiting the Google Play or App Store.

During the first six months of 2016, Spanish Tile producers have exported 1,349 million€ to 183 countries. Sales have grown by 6.8% in comparison with the same period in 2015. The United States is the fastest growing market this year, whereas sales in the Russian Federation and the Middle East North Africa region have ceased to grow or, in some countries, decreased.

The growth of the sales to the United States in the last years has been remarkable. From January to June (2016), the sales grew by 36.6%. The United States is the second most important market for the Spanish Ceramic Tile producers (6.9% of total sales) behind Europe.

In Spain, tile makers labor as they have for centuries – pushing their passion for design and innovation to new levels of artisanship. With one of the purest and strongest domestic clays available, Spanish manufacturers have an unparalleled ability to make the end product more diverse. From rustic handmade forms; to technical facades that cool buildings and clean the air; to the impossibly slim, sustainable recycled and ink jet masterpieces that fire the imagination. The Spanish Ceramic Tile Manufacturer’s Association (ASCER) is the private organization whose primary objective is to support Spain’s ceramic tile manufacturers and the industry as a whole by stewarding and promoting the Tile of Spain brand worldwide. A strong global leader, the ceramic tile industry of Spain comprises 125 manufacturers concentrated primarily in the province of Castellón. For more about tile produced in Spain, contact Tile of Spain Center at the Trade Commission of Spain, 2655 Le Jeune Road, Suite 1114, Coral Gables, FL  33134. Call 305-446-4387 or visit tileofspainusa.com.

For photography, interviews or questions, please contact Katie Sikorski at 609-490-0999 x15 or ksikorski@frankadvertisingus.com.