Built in July 2013, The Gwanghwamun D Tower, designed by Samoo Architects & Engineers/Sunpark, acts as a Korean landmark for both residents and tourists. Along with being placed in one of the most culturally rich areas of South Korea, the building is both visually appealing and ecofriendly as it was constructed with Mayor Ceramica’s Tempio Ventilated Facades from Tile of Spain. 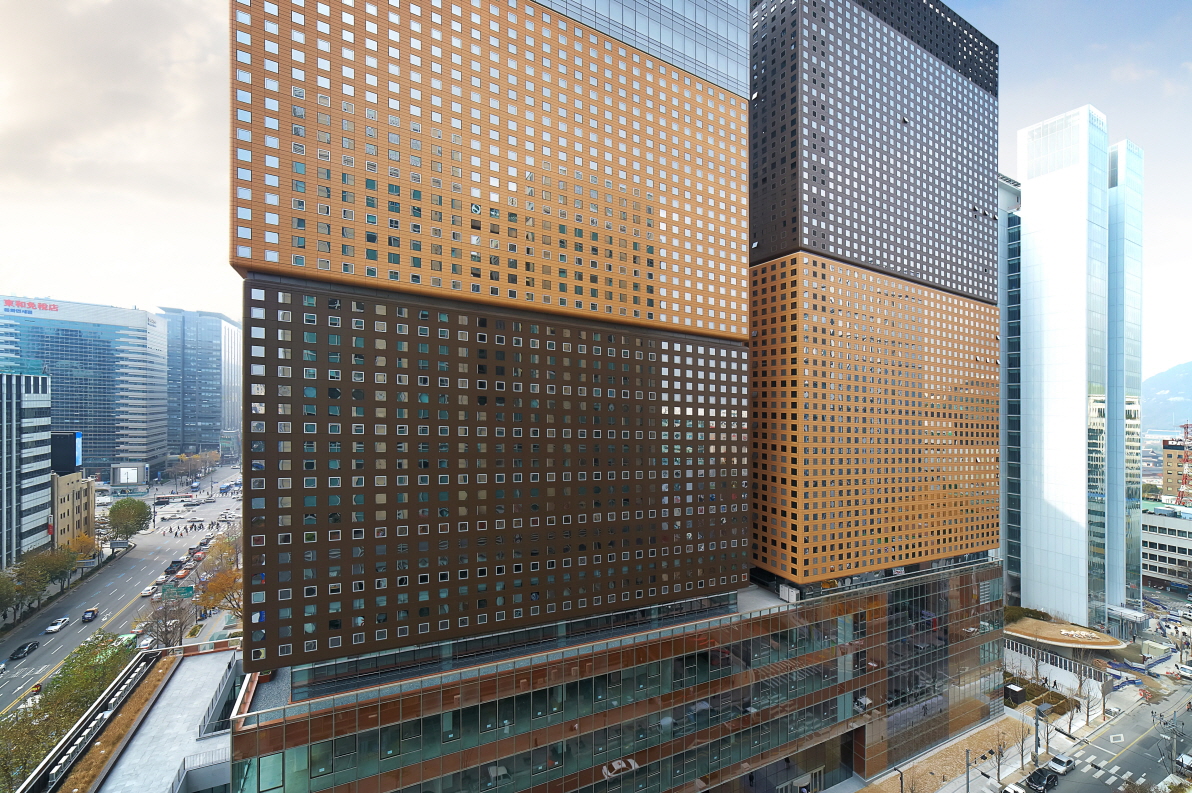 The D Tower, which sits in the capital of South Korea, is covered in porcelain tiles that were installed by using a Ventilated Facades System (VFS), which is currently the safest and most effective system for installing porcelain tiles. Along with being aesthetically pleasing, VFS systems are also useful for trapping heat or air, and produce savings of as much as 20-30%, which is especially useful for large commercial buildings such as the D Tower.

When designing this building, the architects envisioned the construction as if it was a game where one would place cubed blocks on top of another to make the building higher and higher. To complete this look, the architects used Sistema FK-16 tiles in the color Y25-10 Trigo.

To make the cube architecture even more unique, the designers included curved corners in the construction of the building. These curved tiles were specially made for this project in order to join the corners of the cubes. 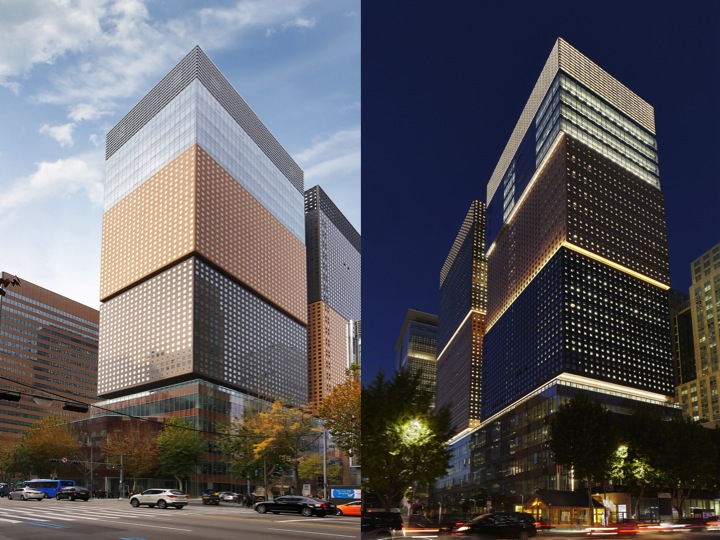