91 Tile of Spain companies to exhibit at CERSAIE 2015

91 Spanish manufacturers of ceramic floor and wall tiles make up this year’s participation in the thirty-second edition of the fair CERSAIE to be held from September 28 to October 2 in Bologna (Italy).

Once again, the group formed by the Spanish ceramic companies is the main foreign participation in CERSAIE. A total of 109 Spanish companies exhibiting at the fair (wall and floor tiles, bathroom equipment and related sectors). In 2014, CERSAIE received a total of 100,985 visitors, of which 46,599 came from 153 different countries outside of Italy making the Bolognese event in the international fair of the ceramic industry worldwide. The firm commitment of Tile of Spain companies at CERSAIE strengthens the position of Spanish ceramics in international markets and reaffirms the effort to expand the Spanish ceramic tiles in foreign markets.

A listing of the Spanish companies at CERSAIE can be found HERE.

CERSAIE App from Tile of Spain

Tile of Spain has released the Cersaie ’15 App. The free app, which is available for iOS and Android devices, allows access to all Spanish ceramic tile distributors at the event. The app allows for search through exhibit hall, sector or company where favorite brands can be selected and added to a “must visit” list, which can be shared with colleagues and travel partners. 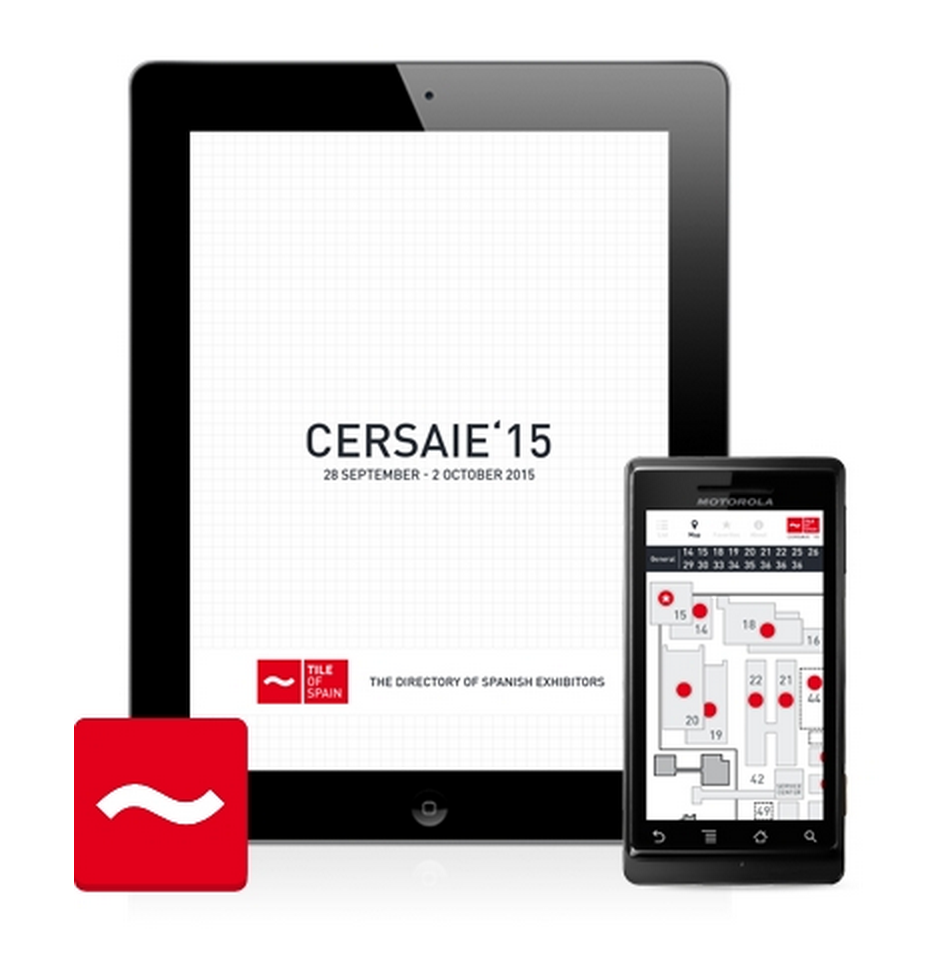 The Tile of Spain Cersaie ’15 App can be downloaded by clicking here, or by visiting the Google Play or App Store.

The US continues with a very positive development, and occupying the 5th place in the ranking of destinations. Its growth in the first half reached 38%, and absorbing 5.3% of total sales. The positive trend is expected to continue thorough the year.