Exploring Valencia & Mallorca During The Passport To Creativity Tour

Tile of Spain USA recently hosted a group of talented designers, architects and journalists on an educational tour through Valencia & Mallorca during the annual Passport to Creativity Tour. During the 2019 edition of the trip attendees received an up close look at Tile of Spain manufacturers exhibiting at Cevisama during private booth tours from featured companies. After the conclusion of the show the group experienced first hand the different ways tile has been used throughout Spain’s world famous architectural history.

On January 28th, 2019 ten attendees from the United States started their excursion in Valencia at the Cevisama trade show held at the Feria Valencia center. The attendees toured the booths of Apavisa, Peronda, Vives, Azteca, Tau, Decocer, Equipe, Natucer and Saloni where they were met with top tier hospitality and an in-depth look at the latest tile trends.

After the show, it was time to hit the city for an evening architectural tour of Valencia guided by architect Adrian Torres Astaburuaga. The group was able to touch, see and experience both old and reclaimed buildings that withstood the test of time thanks to the durability of Spanish tile. 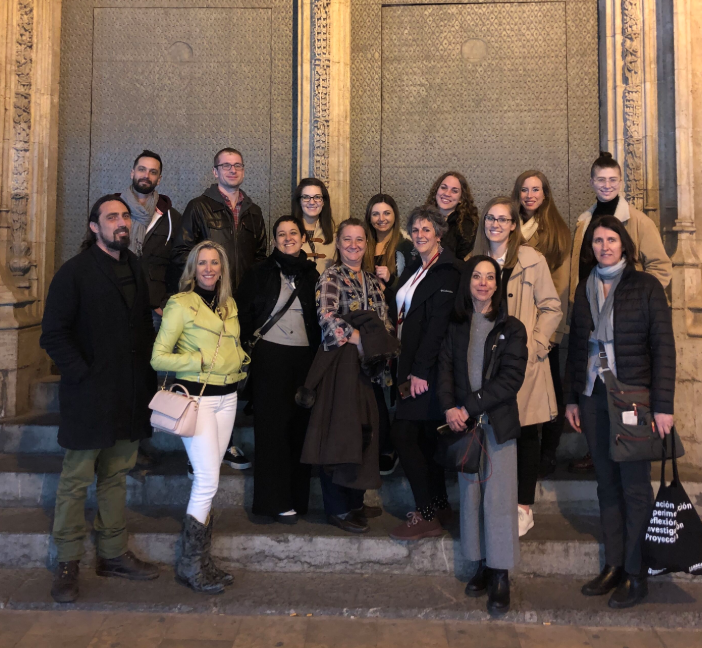 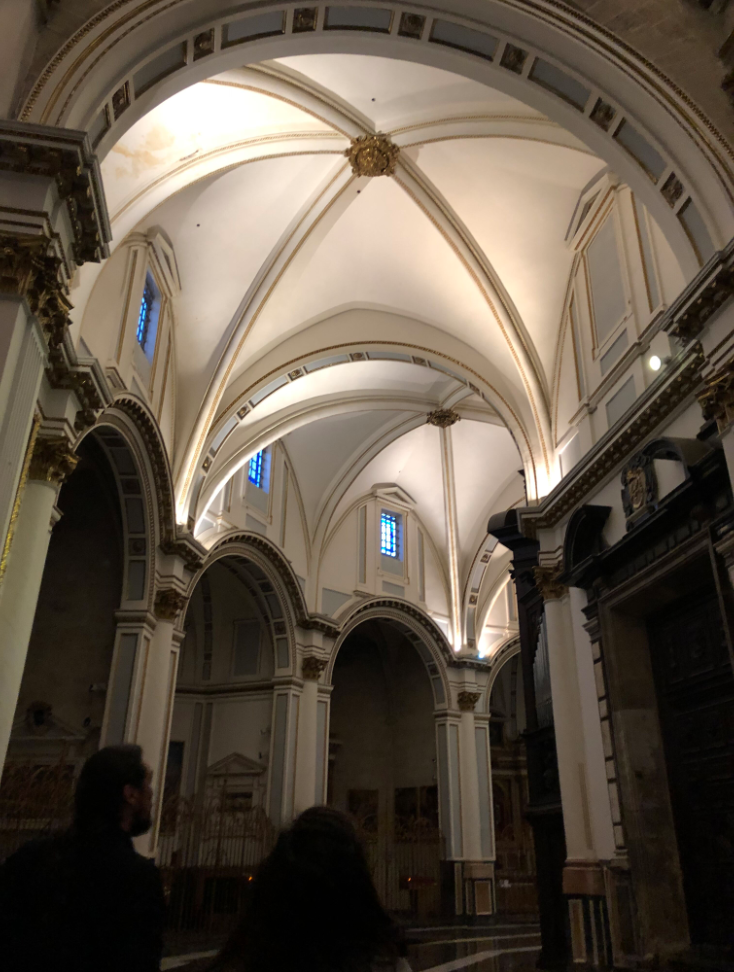 The next day the group returned to the Feria Valencia center for a booth tour by Keraben Grupo and to attend the Tile of Spain press conference. During the conference Vicente Nomdedeu, the president of The Spanish Ceramic Tile Manufacturers’ Association (ASCER), outlined the growing strength of Spain’s industrial sector and recognized the winners of the 17th annual Tile of Spain Awards.

From the press conference the group grabbed an authentic paella lunch at Cal Dimoni restaurant before arriving at the Neolith factory in Castellón for a tour of the facility. Attendees were guided by marketing director Andreas Manero as he demonstrated the start to finish production process of Neolith’s award winning large format Sintered Stone.

To end the day the group attended a welcome dinner by ASCER & Feria Valencia where they enjoyed a delicious meal while mingling with Tile of Spain delegations from around the world. 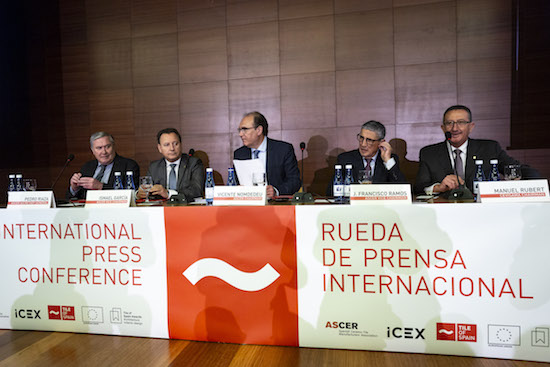 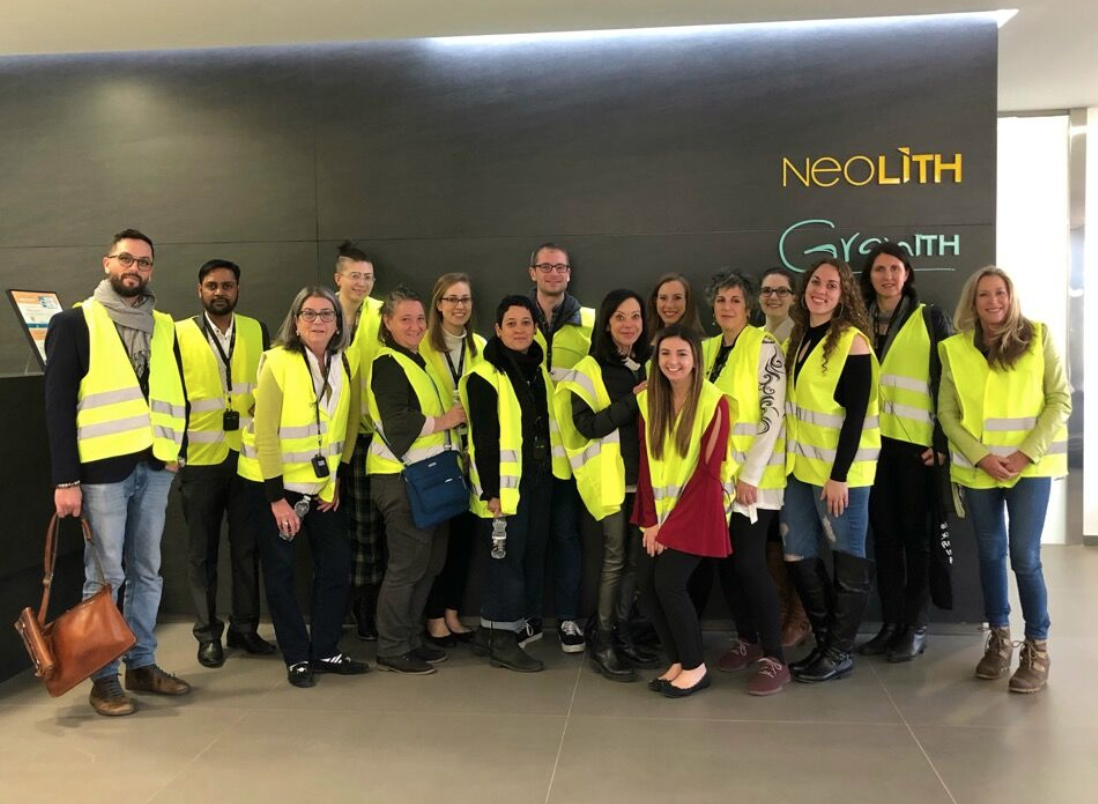 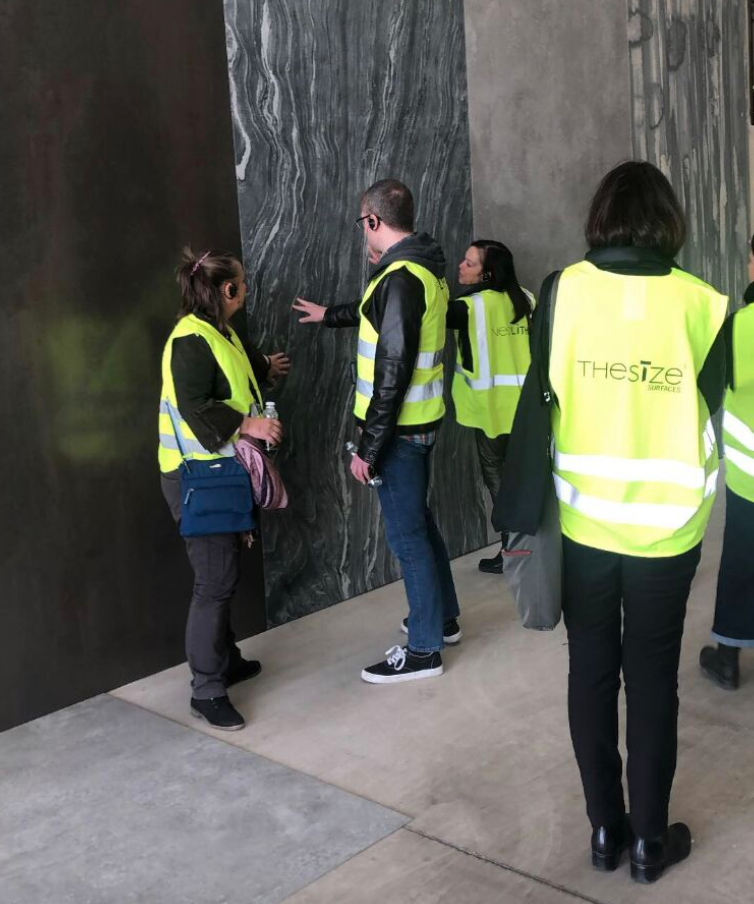 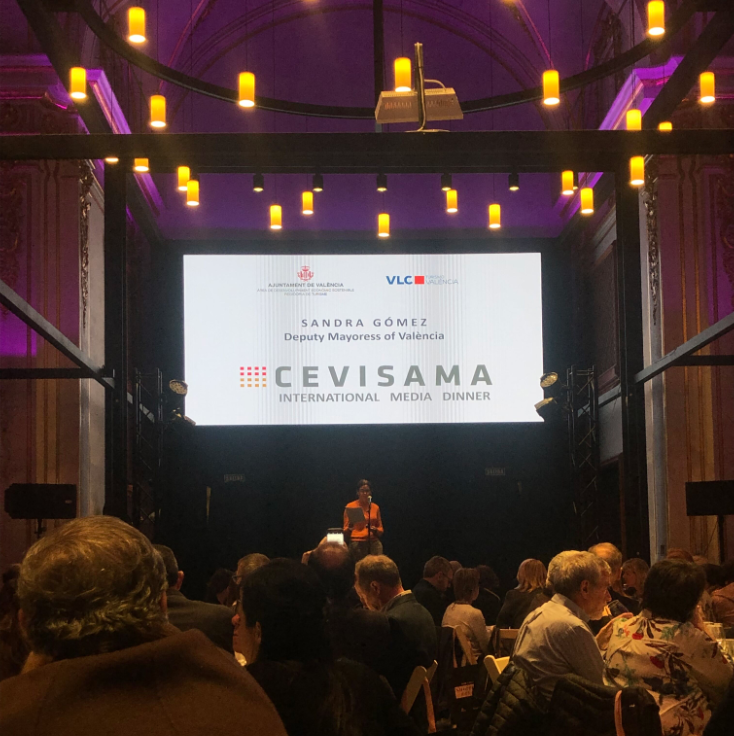 The time in Valencia concluded with one final day at the trade show before catching a flight to Mallorca. During the last day at the show the group visited Aparici, Roca Tile, Bestile, Ceramica Gomez / Oneker,  Rocersa and Cevica where they were left speechless by the beautiful new collections on display.

The first morning in Mallorca was spent at the Huguet Factory where generations of artisans work to produce cement tiles in a workshop setting. The group watched as the skilled workers created individual cement tiles from molds filled with a three-layered, paste-like mixture that contains colorants, rock granulate and marble dust. After the production tour the group was able to pick out their own personal cement tile from the warehouse to be glazed and taken home as a souvenir.

Upon returning to Palma the group was led by architect Vicenç Mullet on a walking tour of the city where attendees explored various architectural sites such as the inside of the Palma Cathedral and the new entrance of Palma’s Intermodal Station (a Tile of Spain Awards winning project). At the station, the group was met by the architect Joan Miquel Seguí Colomar who explained the details and features behind the award winning design. 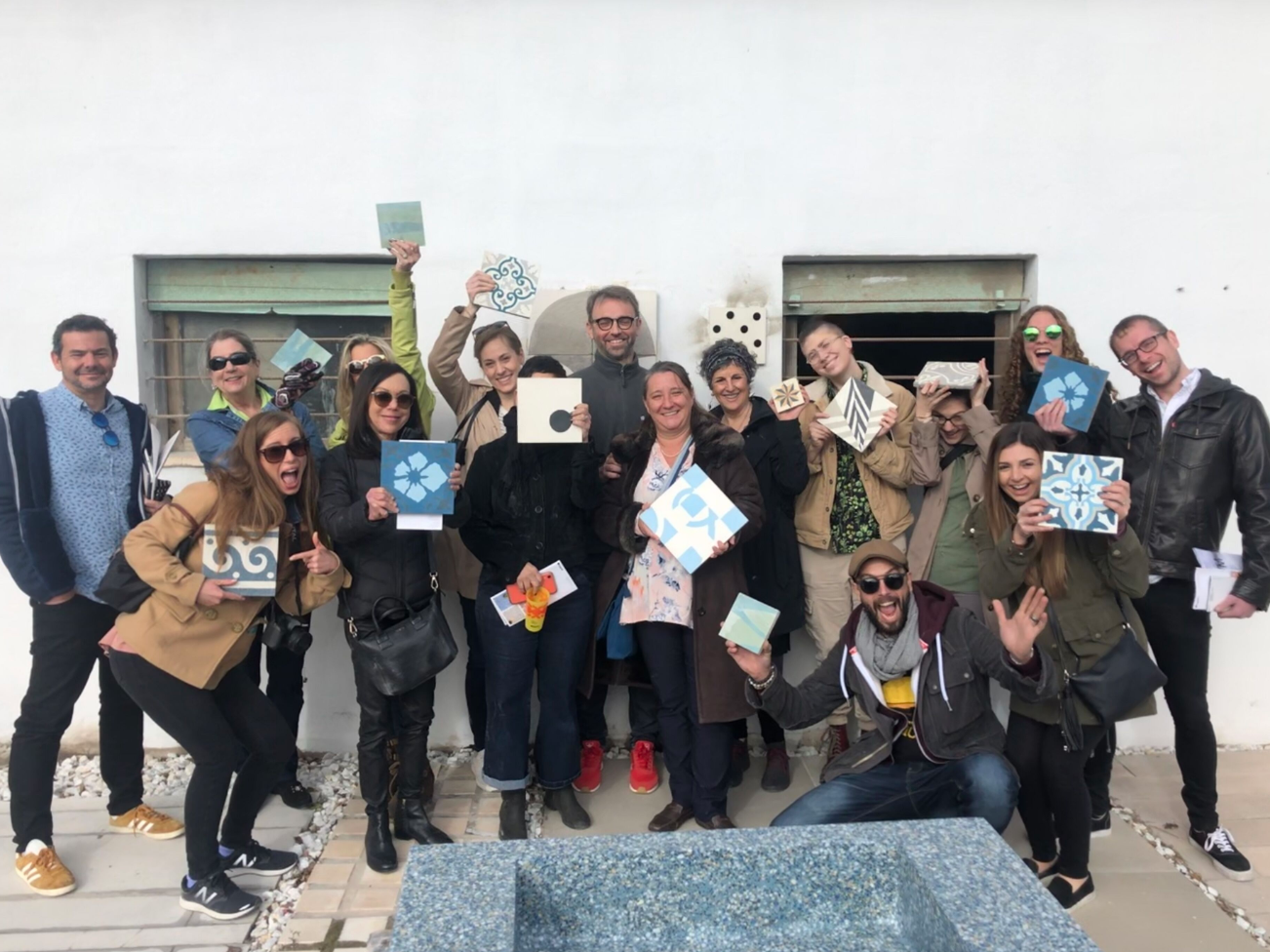 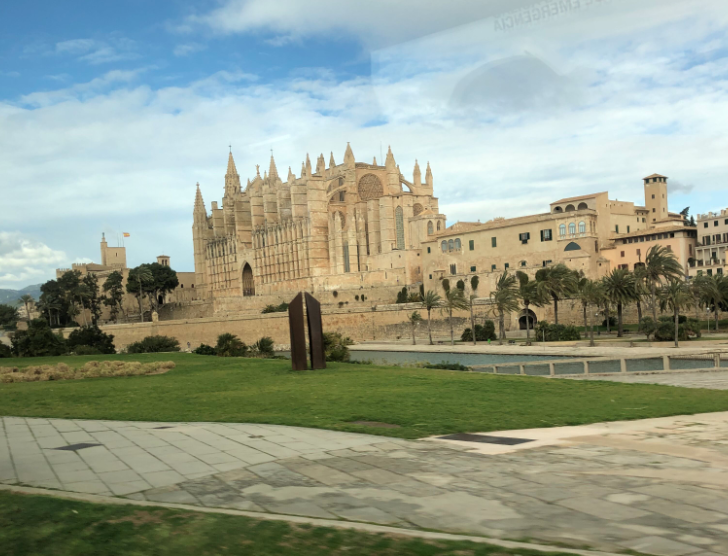 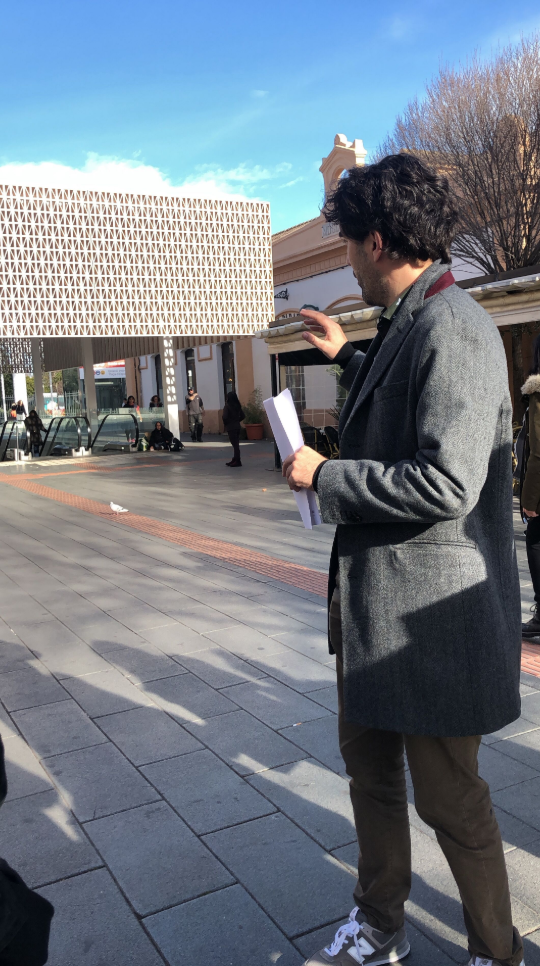 The trip concluded with a bus tour of major highlights of the island. First on the agenda was a stop to Fundació Pilar and Joan Miró which is made up of three remarkable buildings: the Sert Studio where Miró started working in 1956; Son Boter, a late 18th century Mallorcan house which the artista used as a second painting and sculpture studio; and the Moneo Building, the Fundació’s headquarters, designed by Rafael Moneo and opened in 1992.

The group then continued by bus to Can Lis, a house by Danish architect Jørn Utzonbuilt for his wife and himself near Portopetro. Completed in 1971, the home is made from “socarrat” brick and consists of four separate blocks linked together by walls and courtyards.

Last on the itinerary was a trip to the Moll Petit Apartments in Can Picafort by TEd’A arquitectes, winners of the FAD Interior Design Prize 2018. The flats featured an innovative small space layout with spectacular oceanside views.

Upon the group’s arrival back to Palma they attended a farewell dinner at Fera Palma, a beautiful restaurant situated behind the arched entrance of a romantic mansion. Guests enjoyed a gourmet meal as they reflected back upon their once in a lifetime experience on the Tile of Spain Passport to Creativity Tour. 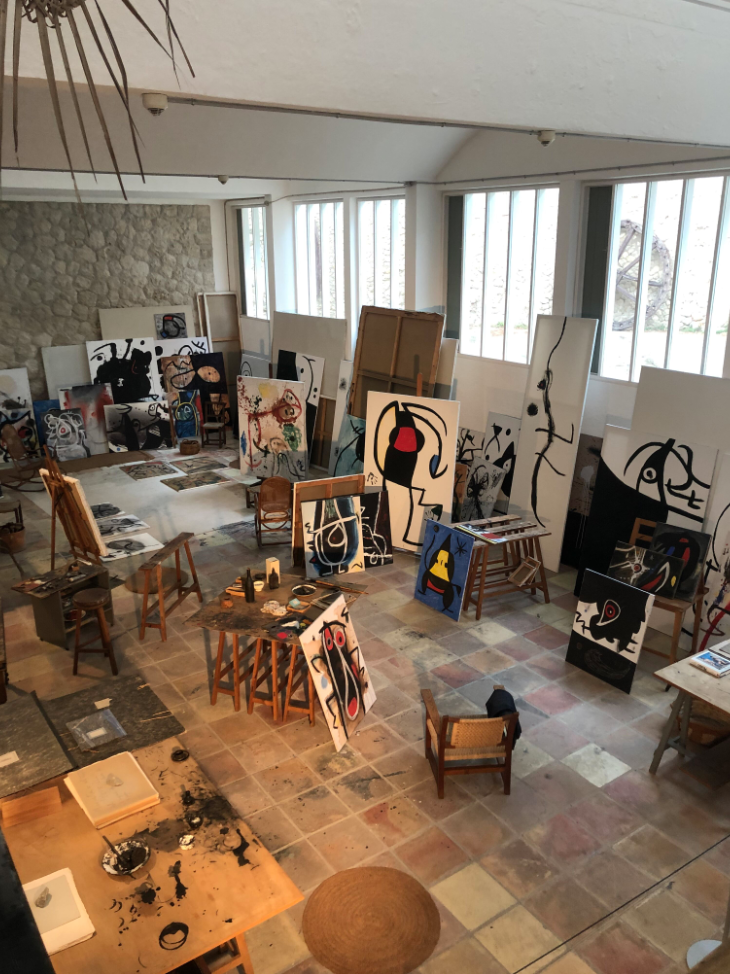 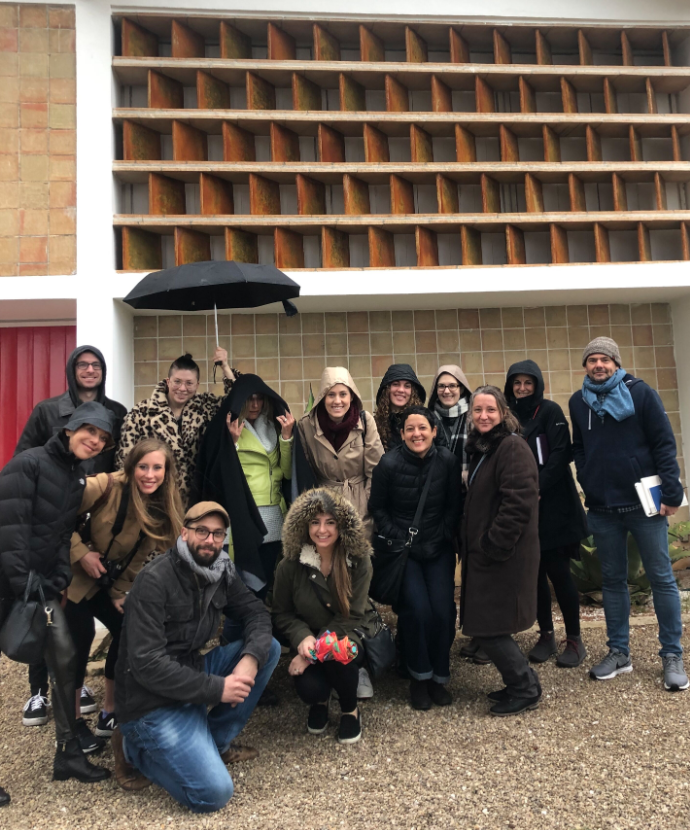 😐 S T O R Y T I M E |: #tileofspain19 captivated by the space (and Vicenç our local architect guide and friend) – Utzon created for his retirement after the Sydney opera house 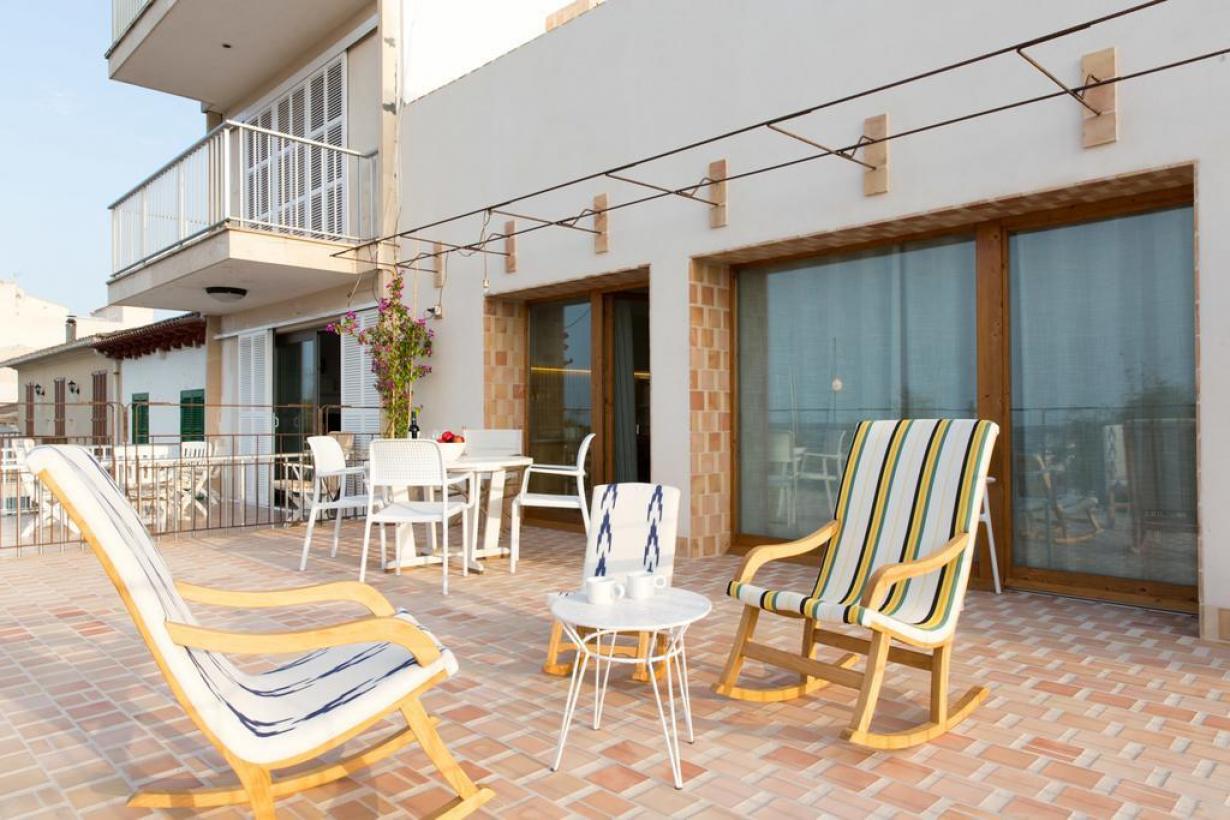 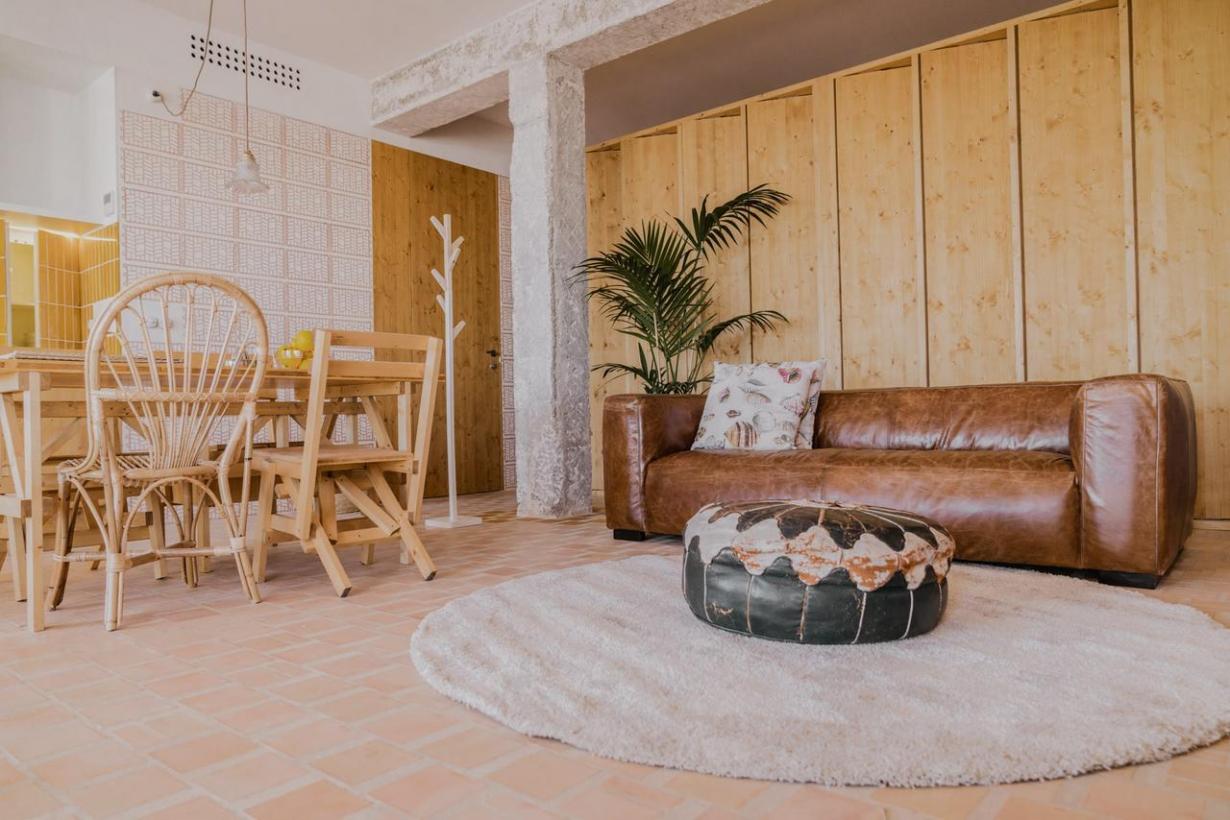