Ventilated facades from Tile of Spain companies can be found in projects around the world. In 2014, architecture group Building Jeongrim was completed the design of the Polo Station for the Asian Games in Incheon, South Korea. The project brought promises of cutting edge athletic facilities, while simultaneously making a commitment to the environment by using ecofriendly materials such as Tempio ventilated ceramic façades by Mayor Ceramics. 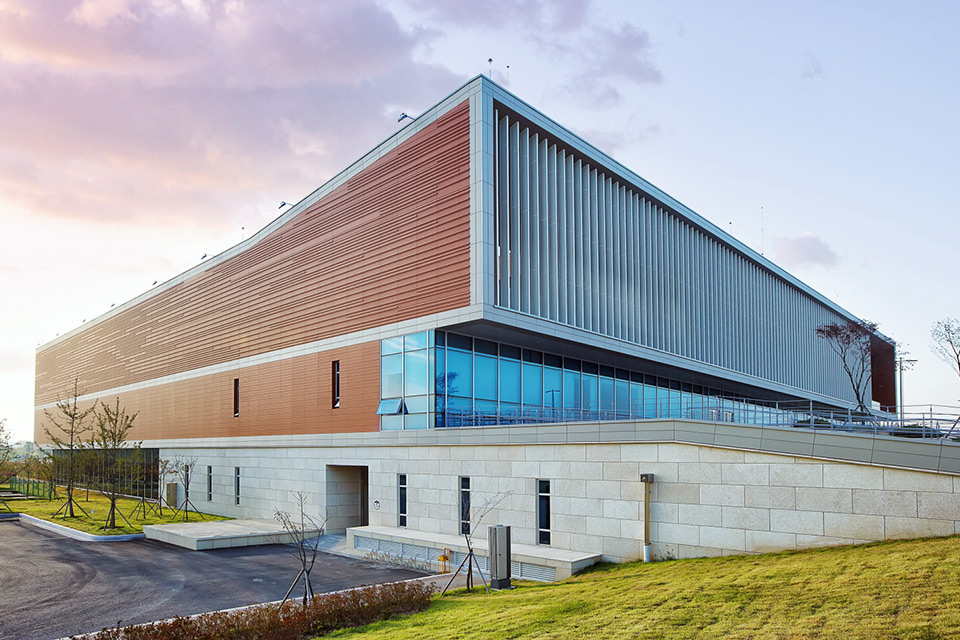 Given the location and environment of the project, the architects from the beginning had a clear need to create an eco building, which was based on the principles of energy saving, eco-friendly material, and natural visual aesthetics. 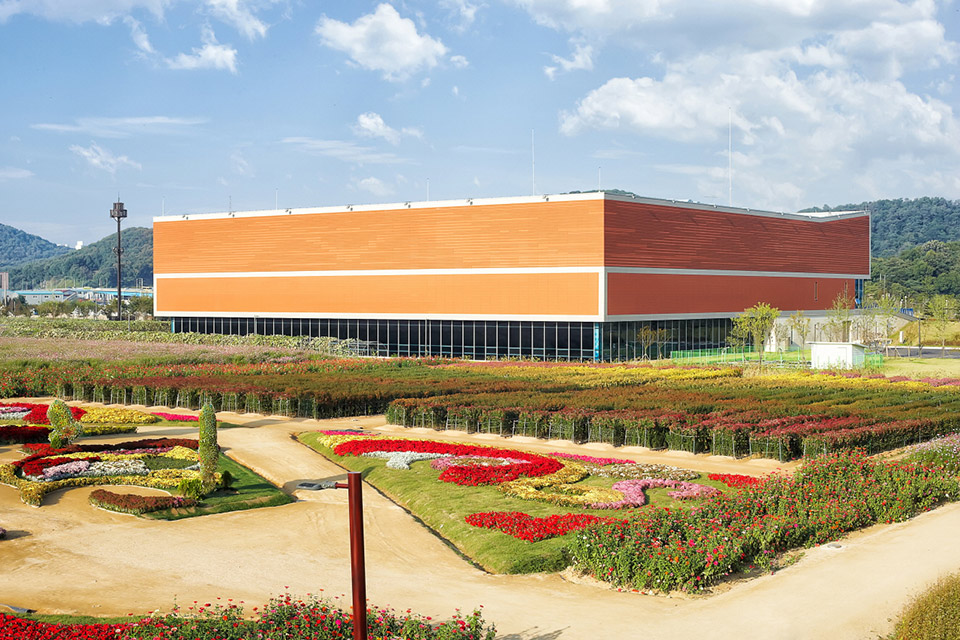 The Polo Station building itself is a fairly geometric construction that brings a touch of grace with the multiple forms of the tiles that surround it. Tempio created 4 different types of plates with projections at different levels in order to create these very unique carvings.

Flowers and gardens surround the athletic facility. To complement the natural look, the architects used ceramic materials in earthy tones such as red and grey to cover the space. 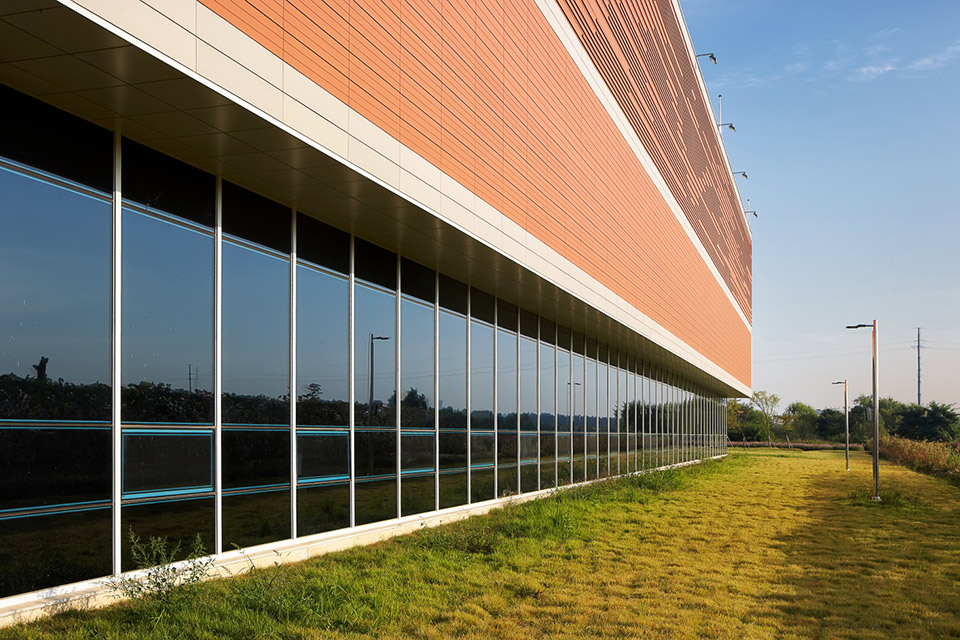 The 42,129.94 square foot rectangular building was covered with Tempio FK16 ventilated facade tiles. This ventilated facade system allows for the use of ceramic tiles to increase the esthetics of the building, while simultaneously conserving energy. It traps both heat and cool air inside of the building, allowing for energy savings of 20 to 30% each month. Additionally, the Polo Station generates energy for everyday operations through an area of solar panels installed on property.