The Rehabilitation of Casa Vicens

Nestled in the heart of downtown Barcelona, sits Casa Vicens, a home that holds the history of one of Spain’s most notable architects, Antoni Gaudí. Born in 1852 in Catalonia, Spain Gaudi adopted an early appreciation of the rich Spanish and Mediterranean culture of his hometown. As a result, Gaudí studied at the Barcelona Higher School of Architecture and soon after graduating, started his first project. Influenced by his life passions, Gaudí’s one-of-a-kind work is credited with shaping the Catalan Modernism movement that is still prevalent in today’s Spanish architecture. 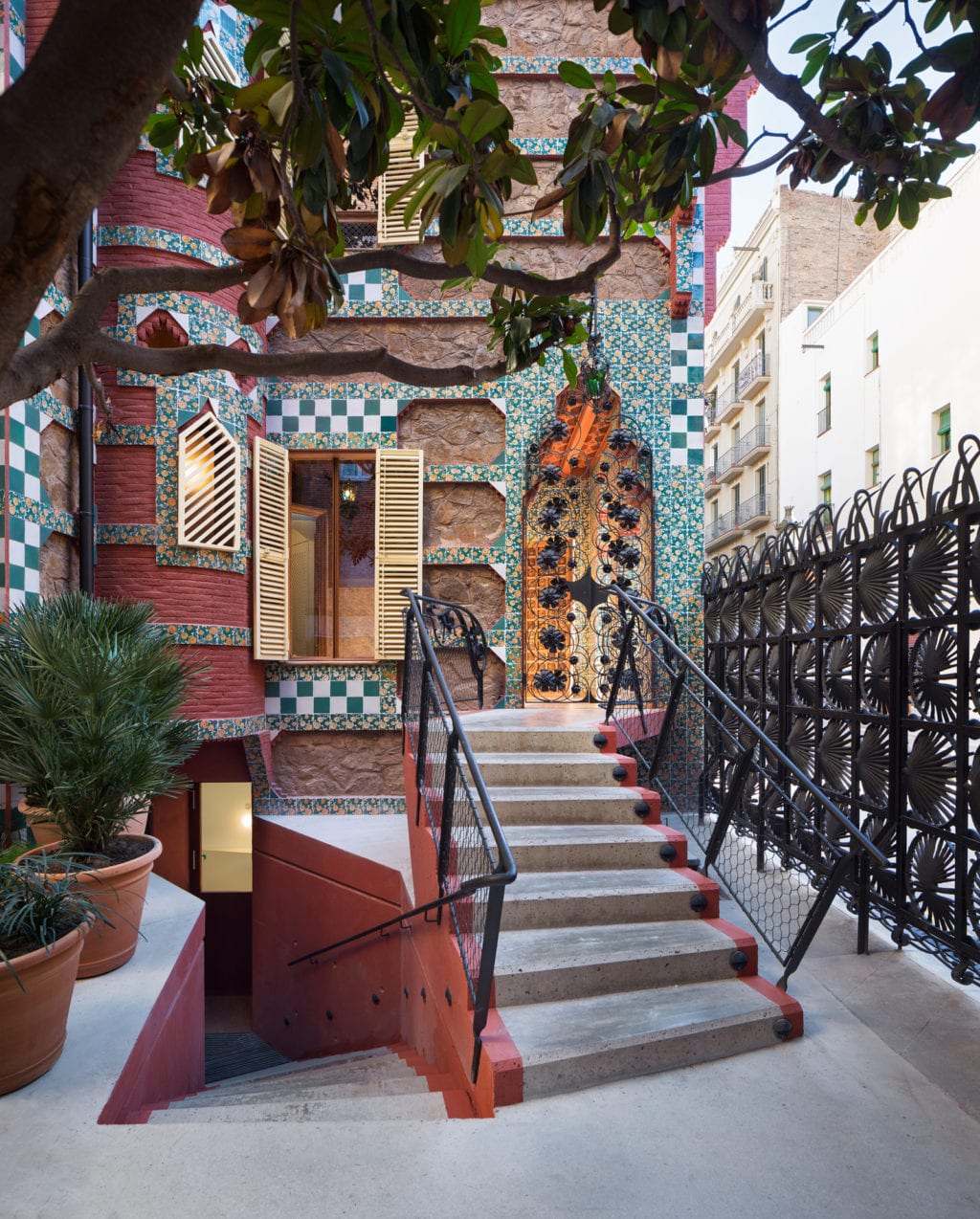 In 1885, Gaudí began his work on a single-family summer home in Barcelona for stock and currency broker, Manel Vicens. Casa Vicens was the first project the architect designed and built on his own. The home encapsulated all of his knowledge, resources, influences, and experiences, where construction and ornamentation were integrated in such a way that one cannot be understood without the other. 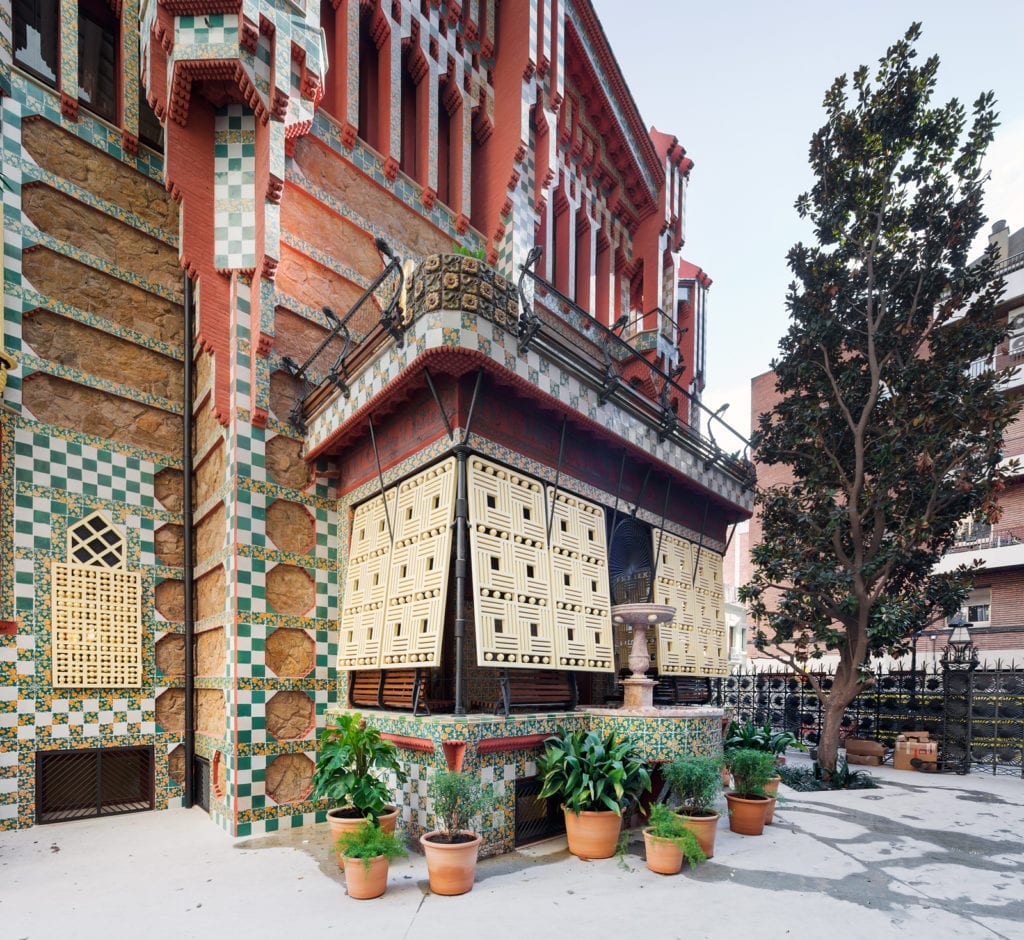 In 1899 the home was sold then remodeled by architect Joan Baptista Serra de Martínez. Martínez added to the rear structure and modified the main entrance of the home. The home was modified once again in 2001 by architect Ignacio Herrero Jover who consolidated the facades and furnishings. These changes disrupted the beauty of the original home. It began to resemble less of Gaudí’s vision, and more of a mix of different clashing styles.

In 2014 the home was purchased by the MoraBanc group with the intention of restoring Gaudí’s original work and opening up the home to the public. An agreement was made through the Catalan Art Commission and Architects José Antonio Martínez Lapeña, Elías Torres to demolish the renovations and recover the art and style of home.

While the need for renovation was essential the method was tricky, how does one renovate this home for the public, yet recover the character and history created by Antoni Gaudi? The resulting strategy was not necessarily to renovate but to replace.

A maintenance and integral restoration plan of the different facades had been carried out. The plan mainly focused on replacing missing or damaged glazed ceramic tiles, a representative element of the house. After identifying the damaged pieces with a precise study, they were reproduced with the same technique that was originally used. 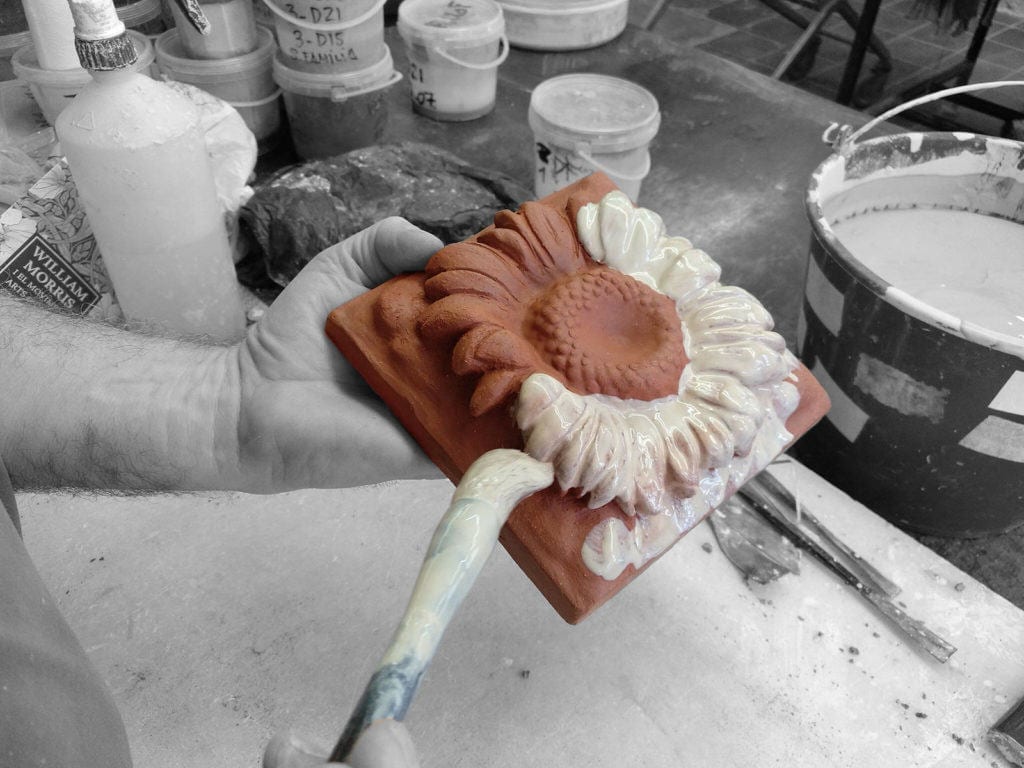 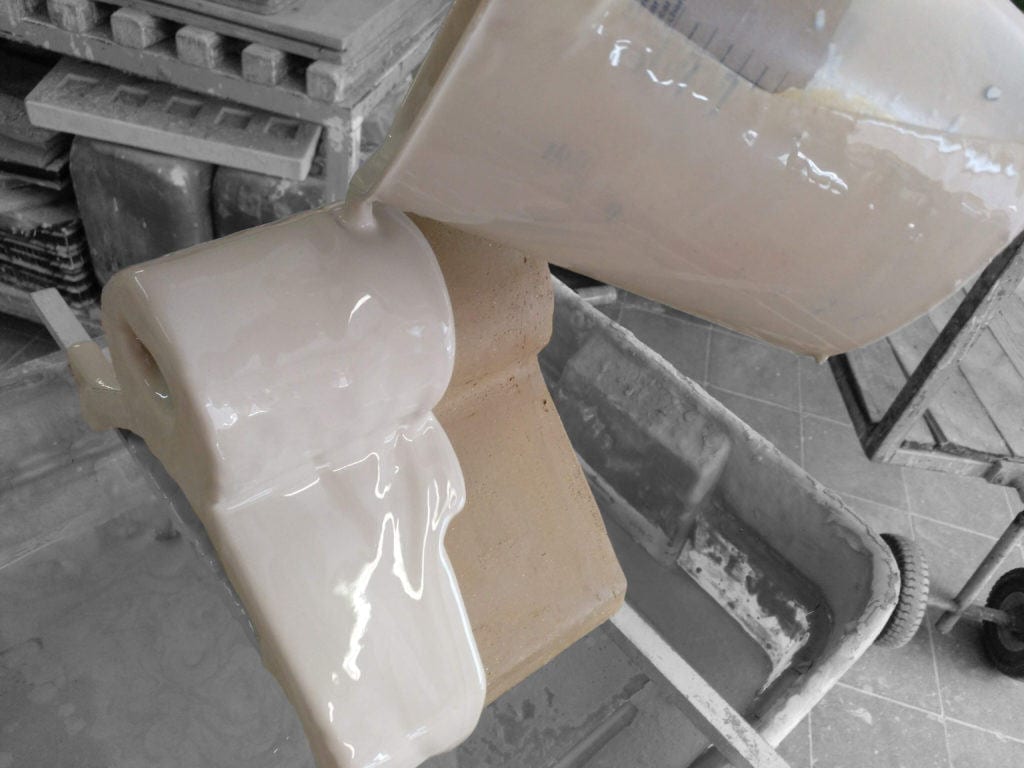 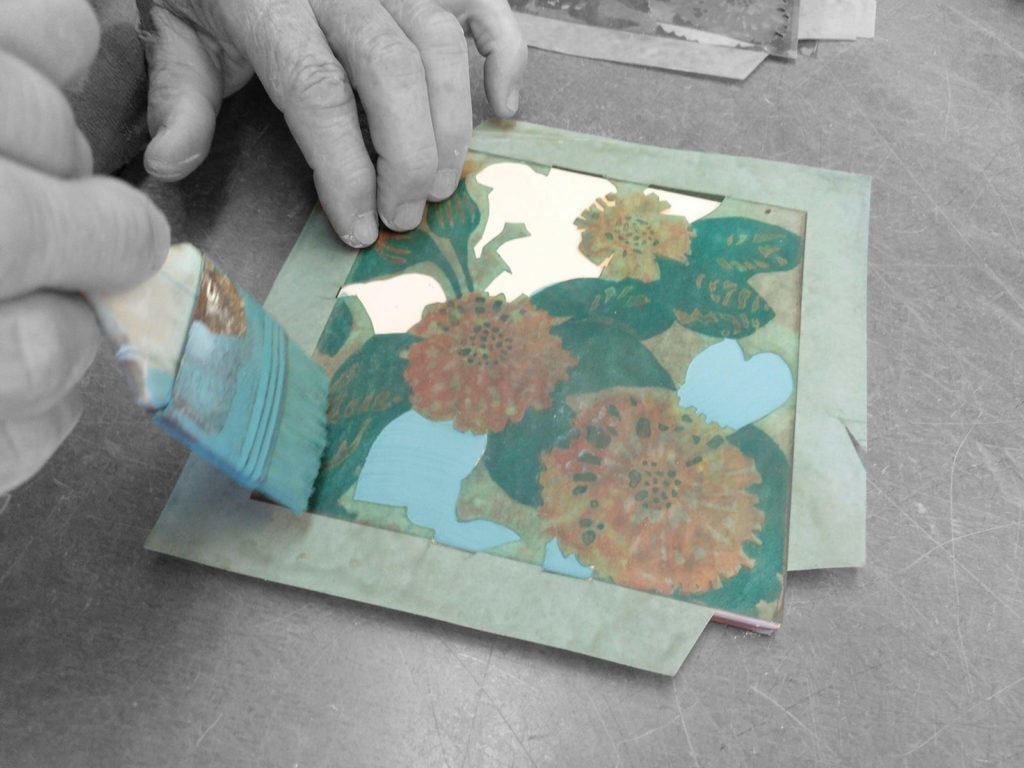 A new staircase was designed to recreate the original entrance at the heart of the home to reestablish the volume of the original three-level vacation home. The landings lead to the original Vicens rooms as the new open concept spiral stairwell swells upward connecting each floor of the home. The stairs emerge to the rooftop as a new and complementary geometrical addition to the Moorish style of the home. 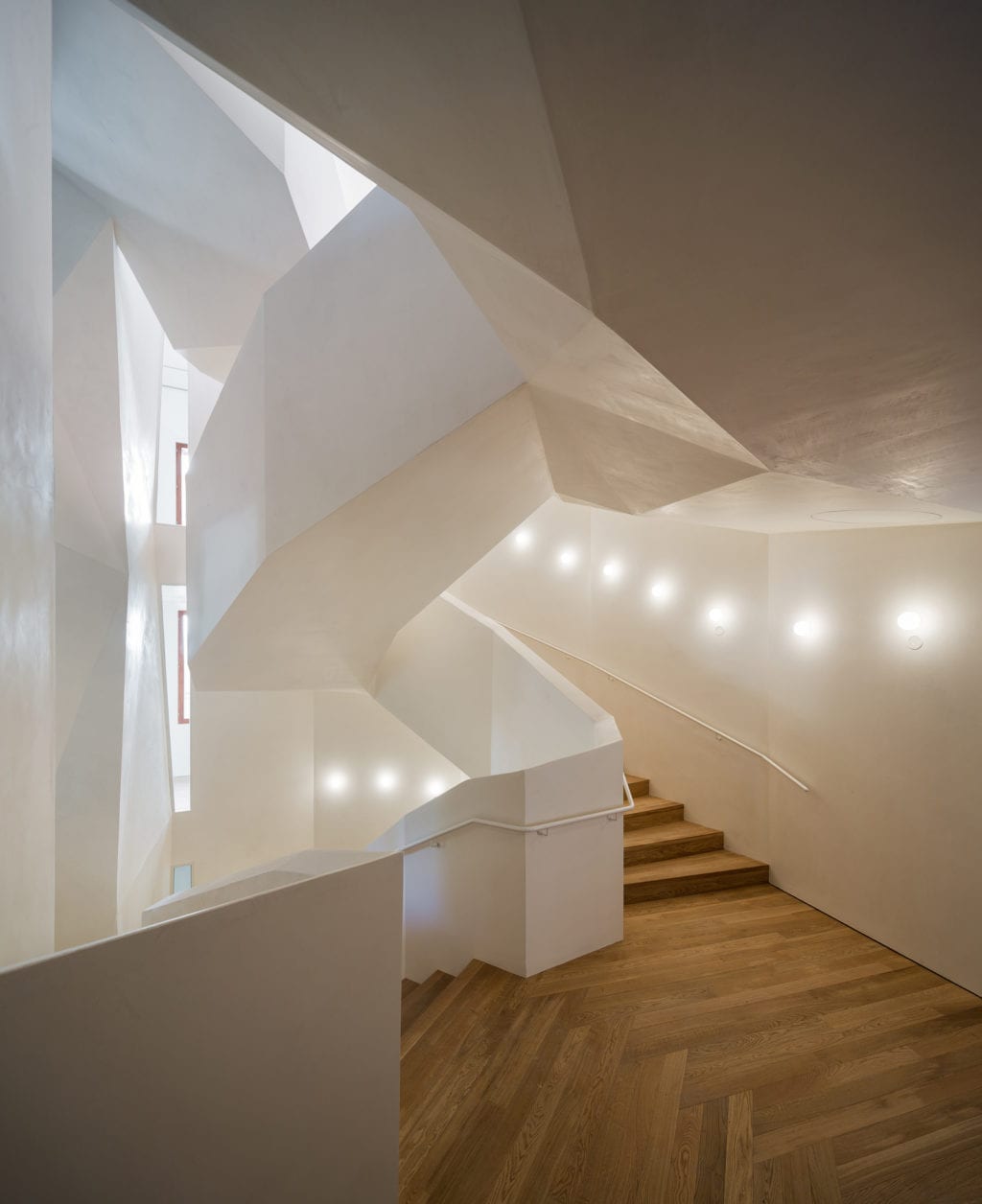 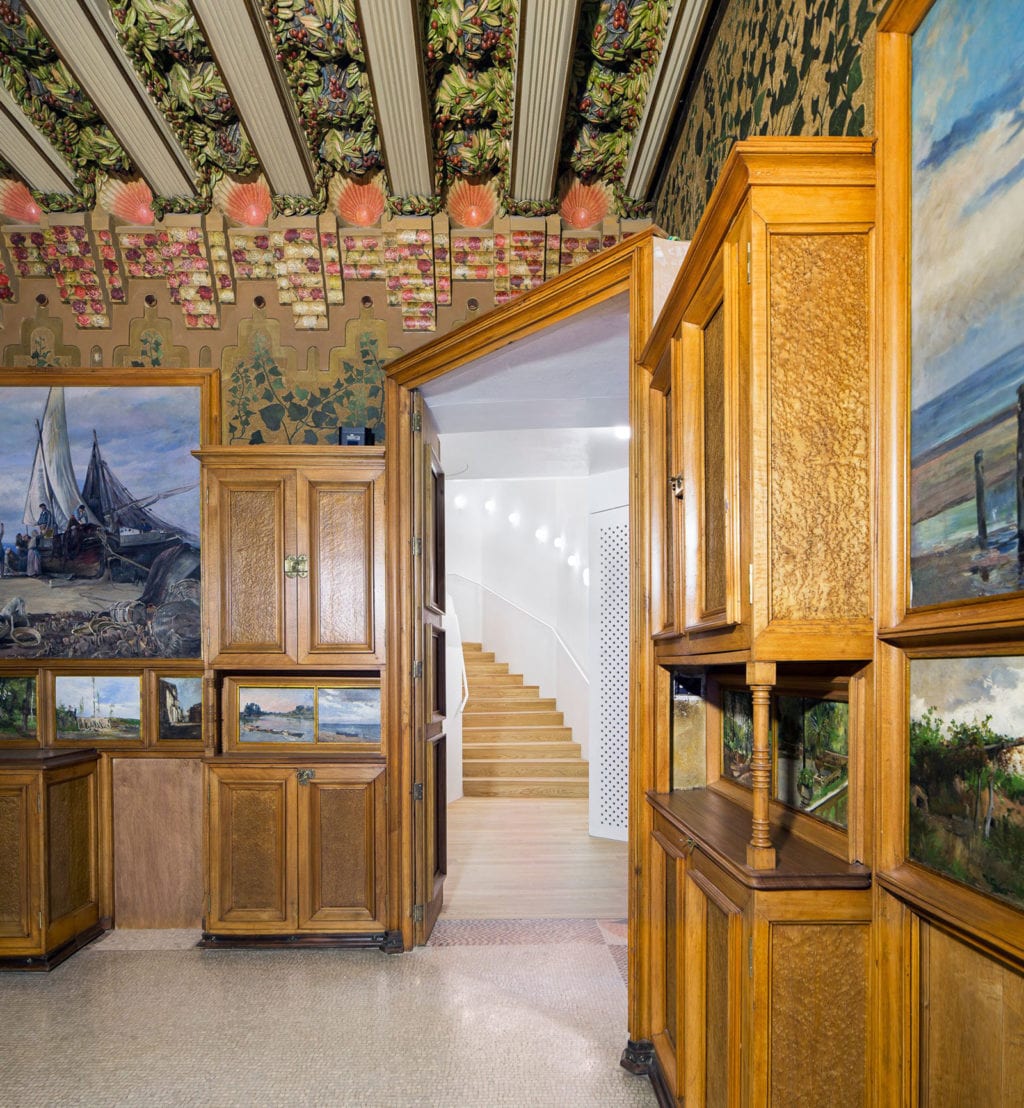 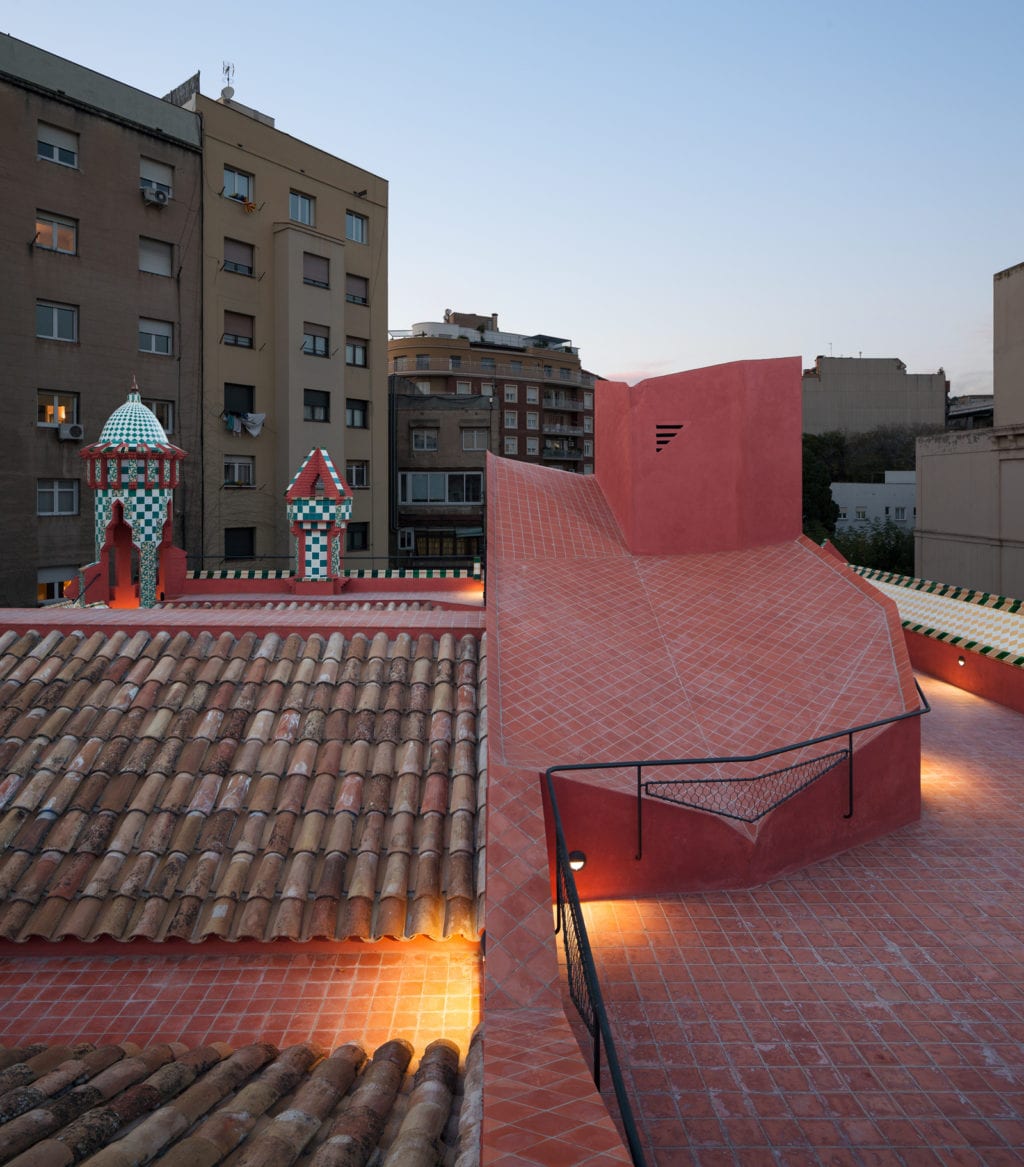 Now a museum open to the public, Casa Vicens is a place where visitors can celebrate the history of Spanish Architecture and enjoy the original home built by Antoni Gaudí.