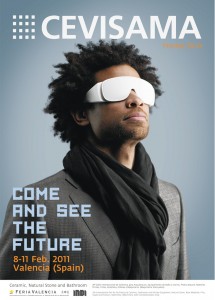 Valencia, Spain – Four members of the US A&D community have been told to pack their bags – they’re going to Spain! In November, Tile of Spain launched the second edition of the Reign in Spain A&D Tour campaign to select four architects and designers to participate in its annual junket as representatives of the A&D community. Over the course of the month, Tile of Spain received more than 70 quality applications from firms large and small in all regions of the country, a 60% higher return over last year.

Tile of Spain is the umbrella brand managed jointly by the Trade Commission of Spain in Miami, FL and the Spanish Ceramic Tile Manufacturer’s Association (ASCER) in Valencia, Spain. The annual media junket to Spain coincides with Cevisama, the International Ceramic Tile and Bath Furnishings Show held in Valencia. From Feb. 4-12, 2011, the group of architects, interior designers and journalists will travel to the cities of Zaragoza, Teruel and Valencia to take in Spanish architecture, culture, culinary temptations and of course, Cevisama.

The four professionals selected to attend are: 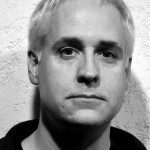 Bob Borson is associate principal and architect at Bernbaum Magadini Architects in Dallas, Texas. He earned his Bachelor of Architecture degree from the University of Texas at Austin in 1992. During his time in school, he studied in Europe for six months having been selected for the London/ Lugano Study Abroad Design Scholarship. Working in several disciplines, Bob has been architect/ lead designer on projects ranging from very large commercial, municipal (fire stations and community recreation centers), historic preservation, prototype retail, hospitality, and client based single family residential. Bob received his Legacy LEED AP certification in 2006 and is active in the Dallas Chapter AIA and the Dallas Center for Architecture having chaired several committees, (Ken Roberts Delineation, AIA Gala, Home Tour) and has served on the AIA leadership committee. He also writes and maintains www.lifeofanarchitect.com and can be followed on Twitter @bobborson and www.facebook.com/lifeofanarchitect. 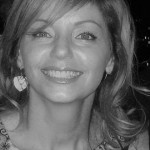 Andie Day is an award-winning interior designer whose inventive solutions have been featured in the Washington Post, New England Home, Kitchen and Bath Ideas®, Design New England and in NECN’s inspirational television series: Dream House. Andie’s approach to interior design blends fashion with function to create a home that is simultaneously alluring and practical. Her boutique studio in Boston’s North End epitomizes her Design for Life™ philosophy that neither aesthetic appeal nor functionality need be compromised when designing a living space; from its window dressings reminiscent of couture handbags to its hidden storage compartments, Andie has maximized every square inch of her few hundred square foot office. The firm’s purview extends from entire home renovations to simple kitchen or bath remodels and small commercial projects. Whether it is a small loft in San Francisco or an expansive historical home in New England, Andie has the skill set to maximize the beauty and functionality of any living space. Her skill set combines the know-how that comes from raising three children and caring for an elderly parent with her breadth of knowledge in interior design, sustainable living, aging-in-place, and high fashion.  Andie Day, LLC also partners with trusted architects and contractors to ensure the highest quality products and exceptional craftsmanship. An accredited member of NKBA and a certified aging-in-place specialist through NAHB, she earned her degree from Bentley College in Massachusetts. Andie maintains an active blog http://www.andieday.com/blog/ and can be followed on Facebook and on Twitter @AndieDay.

Scott Knudson is vice president of design for Wiencek + Associates Architects + Planners.  He serves as principal designer for this 35-person firm with offices in Washington, DC and Gaithersburg, MD, doing socially- and environmentally-responsible work throughout the Mid-Atlantic. He has presented at Design DC on affordable strategies in sustainable design and serves as secretary of the Executive Board for the Potomac Valley Chapter of AIA. Previous work includes the Morris & Gwendolyn Cafritz Foundation Art Center for Montgomery College, an adaptive reuse of an 80,000 square-foot industrial building; The Avenue, currently under construction, a mixed-use mixed-income housing project which is the first phase of a major New Communities initiative; HIP’s Artists’ Housing and Renaissance Square Artists’ Housing; Masterplan of a 130-acre neighborhood in Winston-Salem NC, and Southwest Towers, an adaptive reuse of the former EPA office building highrises to become 500 apartment units with high-end amenity spaces with both traditional and contemporary unit designs. Scott earned his B.Arch. from Virginia Tech. 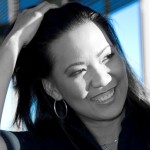 Lira Luis is a global American architect specializing in organic architecture. She graduated with a Master of Architecture degree from Frank Lloyd Wright’s Taliesin and a Bachelor of Science degree in Architecture, Cum Laude, from the University of Santo Tomas. She holds multiple licenses Asia, North America, and a Chartered Architect designation in Continental Europe. She has designed an impressive army of diverse and socially-relevant building typographies in Asian and US markets from the small-scale award-winning Portable Transient Shelter Pods to large scale designs for several of the Fortune 100 companies in the US. In 2010, National Geographic and The Aspen Institute selected her as Environment Forum Scholar. In the same year, the American Institute of Architects (AIA) selected her as recipient of the AIA Athena Young Professional Award. Award-winning architect and design correspondent, Lira contributes articles as a resident blogger in Chicago Tribune’s ChicagoNow. She has been featured several times in the media in recent years, including interviews in Mashable.com, Greensource magazine, Discovery Channel’s Travel Daily, and AZ Family Channel 3. Her work has been published in Architectural Record Magazine, Metropolis Magazine, Wisconsin River Valley Journal, Arizona Republic, Phoenix Magazine, Blueprint Magazine in Malaysia, and broadsheets in the Philippines. She maintains a blog at http://liraluis.blogspot.com/ and can be followed on Twitter @liraluis and www.facebook.com/liraluis
The Spanish Ceramic Tile Manufacturer’s Association (ASCER) is the private organization whose primary objective is to support Spain’s ceramic tile manufacturers and the industry as a whole by stewarding and promoting the Tile of Spain brand worldwide. A strong global leader, the ceramic tile industry of Spain comprises more than 220 manufacturers concentrated primarily in the province of Castellón.