The Tile of Spain Awards honor excellence in architecture and design. The 11th annual awards recently presented first prize in the Architecture category to a project entitled ‘Catering School in a Former Abattoir (Medina Sidonia, Cadiz) by Sol 89.’

A former slaughterhouse, or abattoir, in Spain, the dense architecture of the early 19th century facility – with its walls, courtyard, stone, whitewash, and columns originally from a Phoenician temple – contrasts with the nearby symmetrical space that remained open for two centuries where livestock were brought into the facility.

Architects María González García and Juanjo López de la Cruz of Sol 89 redesigned the building for its new use as a catering school. A new roof covers this walled space, lending a new use and reinterpreting a typical local style of architecture. 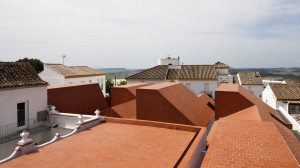 Based on the idea of planes clad completely in fired clay the heights and peaks of the roof rise up and slope down in irregular style. The roof is covered in 13x13cm orange colored ceramic tiles that bring a sense of unity to the rippling roof that covers the new training facility of the catering school. The geometrical design was conceived to meet the needs and scale of the section of the building. 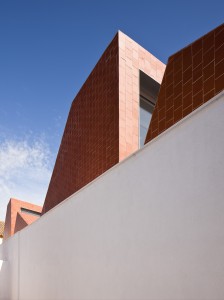 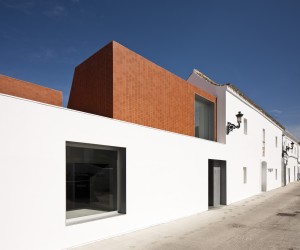 According to ASCER, the jury was unanimous in selecting this project as a Tile of Spain Award Winner. They considered that “this project displayed a strong awareness of the current context, resulting in a resource-economic design yet which demonstrated an outstanding sense of tact and appropriateness”.

For more about the Tile of Spain Awards, visit www.tileofspainawards.com.