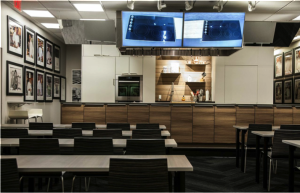 Tile of Spain recently participated in the outfitting of the newly renovated De Gustibus Cooking School by Miele located in New York City. De Gustibus reopens for its 35th anniversary with a fully transformed classroom and operational kitchen that mixes a professional chef’s work environment with an intimate and inviting atmosphere. 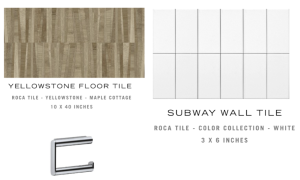 The De Gustibus Cooking School by Miele is located at 151 West 34th Street on the eighth floor of Macy’s Herald Square. As New York City’s longest running, recreational cooking school, De Gustibus has welcomed over 1,200 chefs, including some of the industry’s most iconic, influential names from Julia Child and Jacques Pépin to Thomas Keller and Daniel Boulud. Tile of Spain is honored to be part of this prestigious U.S. cooking school.