Spanish tile was an integral part of the winning project in the International Tile Design category at the 2016 Coverings Installation & Design (CID) Awards, a program that honors outstanding design and installation of tile and stone in residential, commercial, sustainable and international projects. The winner, the Blue Wave Cocktail Bar in Barcelona designed by El Equipe Creativo, is also a recipient of the Tile of Spain Awards.

The fifth annual CID Awards were awarded April 18th, 2016 at Coverings, the Ultimate Stone & Tile Experience, in Chicago, Illinois. A panel of notable editors and designers evaluated submissions based on excellence in execution and installation, inspiring and original use of materials, and overall design and purpose.

Located in the Port Vell Marina in Barcelona, Spain, the Blue Wave cocktail bar is a must visit for tourist and locals alike. The building housing the cocktail bar has a very unique architecture comprised of an elongated space with a lengthwise seafront facade filtered by a latticework that creates a clever play on light and shade as the sun begins to set.

The underlying concept of this design comes from an ocean wave that is about to break. The setting plunges customers into a beautiful marine setting filled with the shadows, colors and reflections given off by waves as they break. 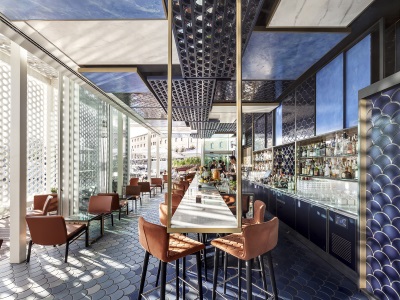 In order to recreate the idea of the wave, the space is covered in a range of deep blue tiles that become gradually lighter in tone until they are transformed into a foamy white. Small splashes of gold were added to mirror the sun’s reflection on the water.

The same materials are used on the floor, walls and ceiling in order to unify the space and enhance the sensation of being swallowed up by a wave. A small format ceramic tile was required in order to produce the shading effect, as well as a reflective finish in order to create the tiny glimmers of light on the water while at the same time reflecting the essence of the Mediterranean. 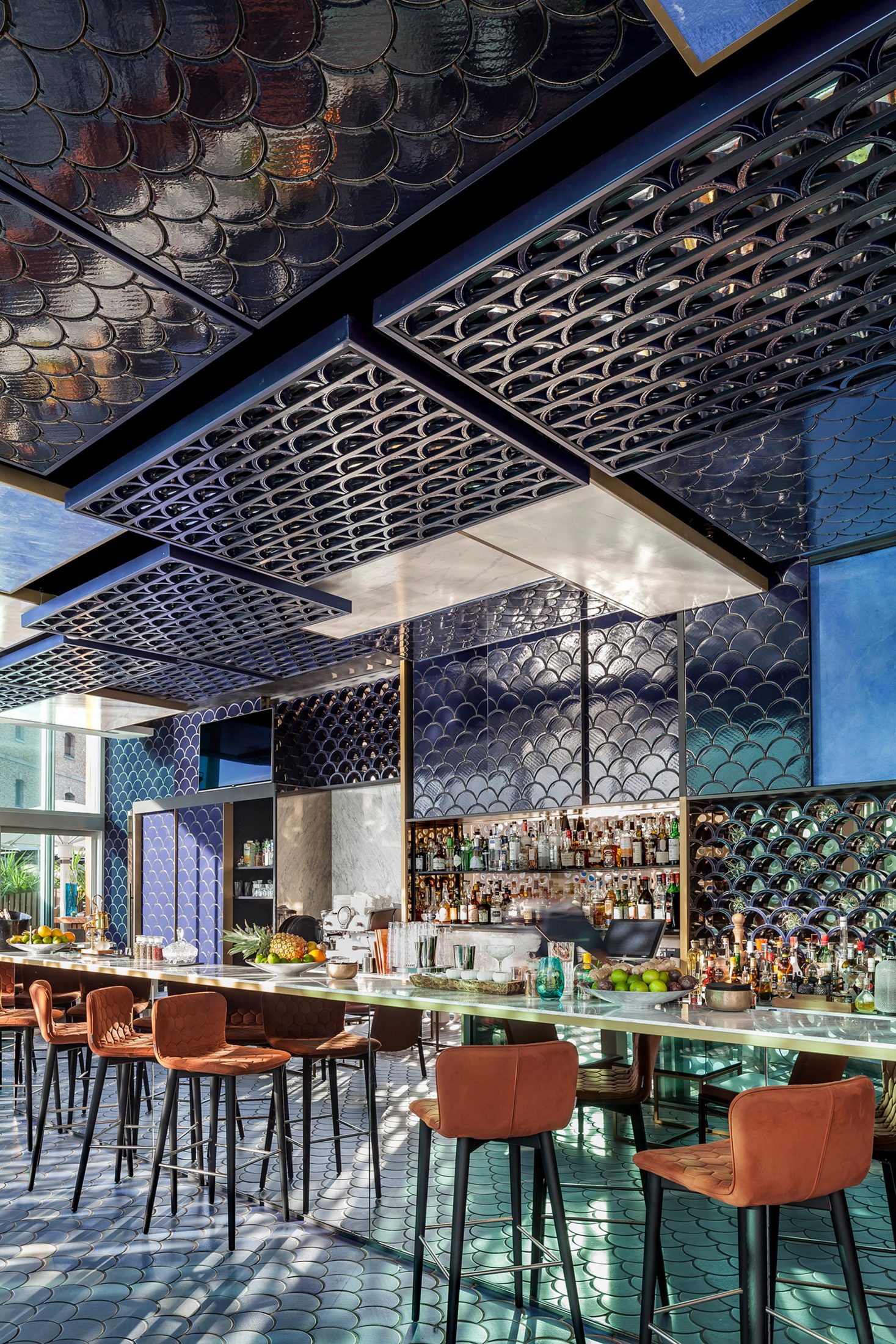 The tiles used were commissioned especially for this project and handcrafted: the first is a shell-shaped piece in seven different shades of blue used for the floor, walls and ceilings to portray the transformation of the water into foam. The second forms a contrasting deep blue arch on the walls and ceiling. The tiles feature a combination of gloss and matt finishes, to create a clever play on light.