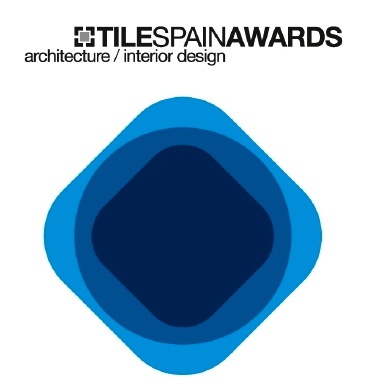 Tile of Spain, the international brand representing 125 ceramic tile manufacturers belonging to the Spanish Ceramic Tile Manufacturers’ Association (ASCER), announces the winners of the 13th Annual Tile of Spain Awards in the categories of Architecture and Interior Design. On Wednesday November 26th, the panel of judges for the Tile of Spain Awards, presided over by architect Emilio Tuñón, met in Castellón Spain to select the winners. 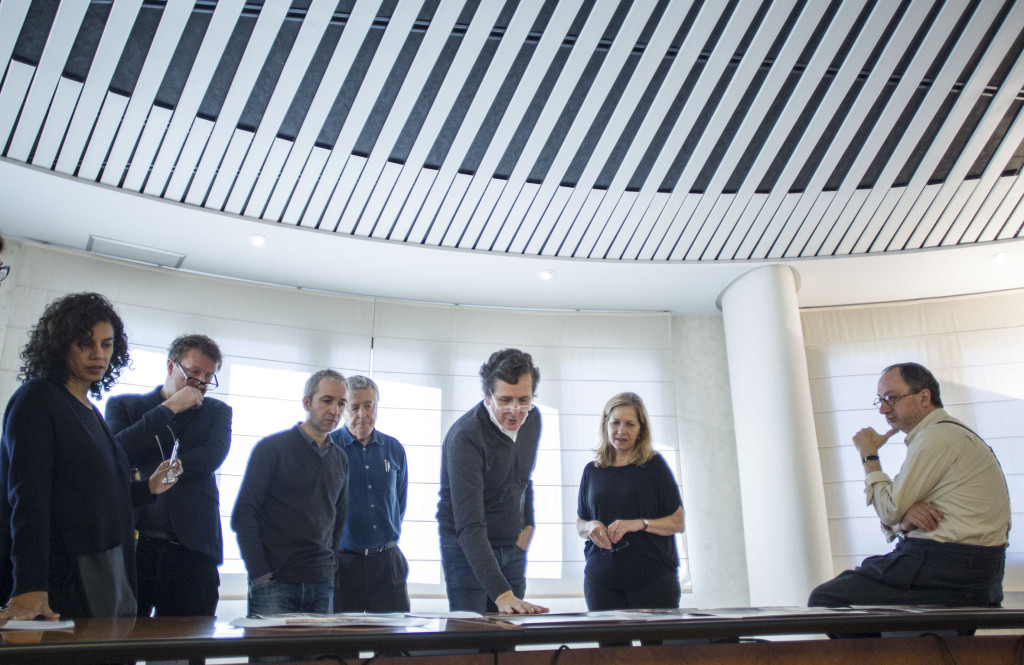 First prize in the architecture category went to a restored house in Lisbon’s historic quarter. Also worthy of note is the fact that the two special mentions in this category were also awarded to single family units. In the Interior Design category, the winning project consisted of the restoration of a historic building in Betxí (province of Castellón, Spain). Two special mentions were also made in this category: a magnificent restoration project in Barcelona and a grocery store.

Winners ARCHITECTURE category
The judges decided to award first prize in the Architecture category to the project entitled “House in Príncipe Real” (Lisbon) by the CAMARIM Arquitectos Studio (Vasco Correia and Patricia Sousa). The judges praised this project, highlighting in particular “the brilliant interpretation in the use of ceramic tiles in Lisbon’s historic quarter. The house, built on five floors, looks out onto the street boasting a new textured take on the traditional ceramic tile façade”. 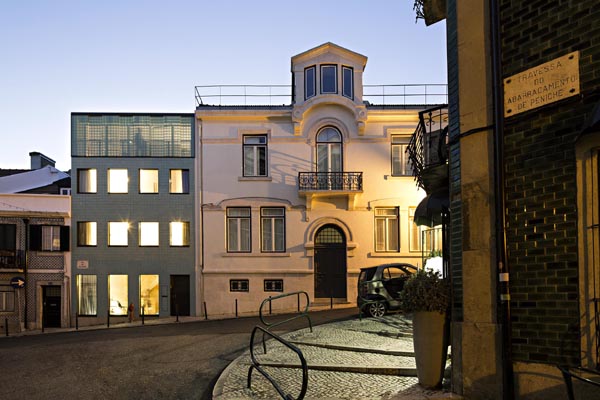 _“Casa El Enroque”, by Ángel Luis Rocamora. In this case, the judges expressed their appreciation of the “sensitive use of traditional ceramic tiles on the façades, combined with the openings that open up strategically as part of the restoration and extension of the existing building”. 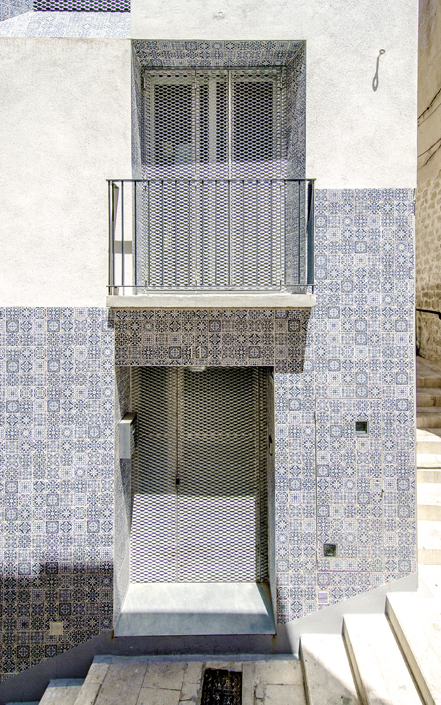 _“Casa Andamio” by bosch.capdeferro arquitectures. One of the features that the judges particularly appreciated was the highly intelligent approach to an intervention on an existing building, as well as the use of glazed ceramic tiles in various construction elements as a means of catalyzing specific plays of light within the transition spaces between the interiors and exteriors. 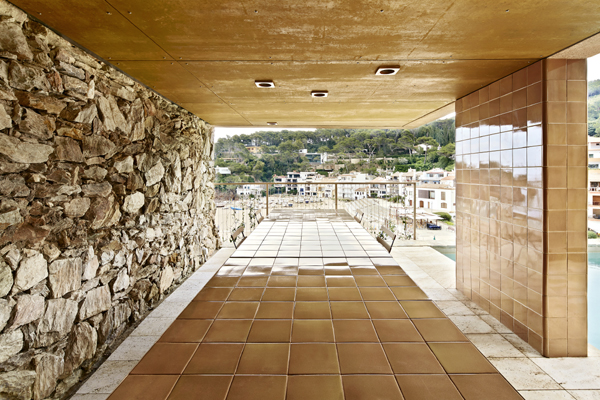 Winners INTERIORS category
First prize in the Interior Design category was awarded to the project entitled “Restoration of the Cloister at Betxí Castle” by El Fabricante de Espheras studio. The judges remarked on the conceptual transformation of the interior space of the cloister through the inclusion of a large mirrored surface that forms a “virtual construction” of half of the lost Renaissance cloister. The work focuses on recovering the cloister space by including a traditional terracotta wall. 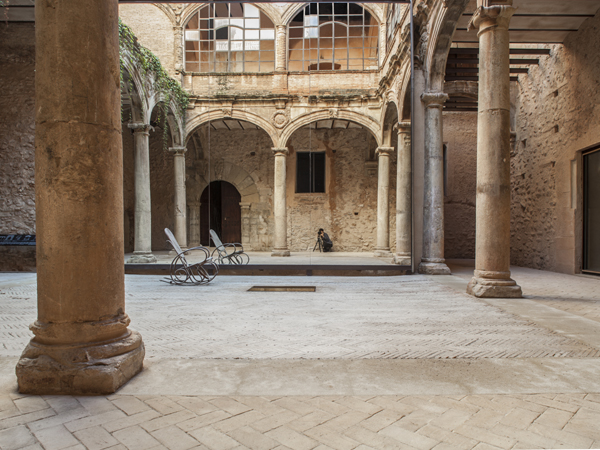 The panel of judges also awarded special mentions to two projects in the Interior Design category:

_” Bodebo Store” by CAVAA (Jordi Calbetó and Oriol Vañó). In this case, the judges valued the “refreshing no-fuss intervention of the renewed interior, as well as the straightforwardness and efficiency in the use of the various ceramic tiles.” 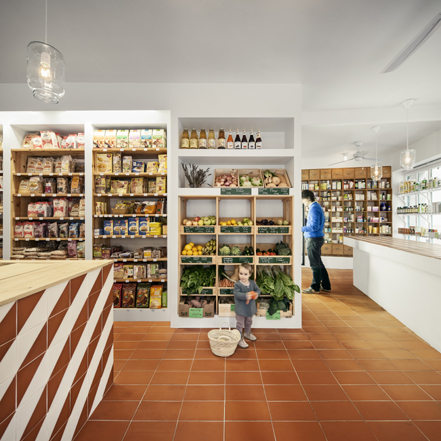 _ “Restoration of the Administration Hall of the Sant Pau Art Nouveau Site”, by Joan Nogué Arbussa. The judges praised the magnificent restoration work undertaken, highlighting in particular “its vocation to restore it to its original state, incorporating original ceramic tiles whilst also introducing a contemporary take on those sections for which there was no objective information”. 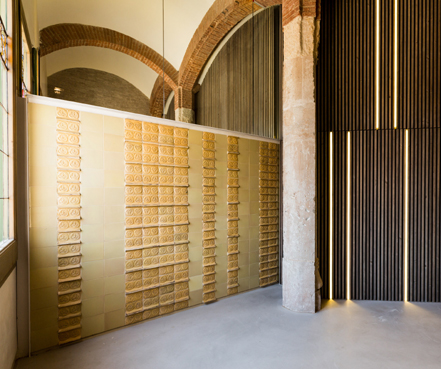 Winners in the FINAL DEGREE PROJECT CATEGORY
The Tile of Spain Awards also include a category to acknowledge the best Final Degree Project undertaken by students at Architecture Schools where the use of ceramic tiles plays a major role.

The judges agreed to award first prize in the Final Degree Project category to ‘Alfama 2.0’ by María González Aranguren, a student at the Madrid School of Architecture (ETSAM). The judges were impressed by this project to restore Lisbon’s Alfama district, making particular mention of the high standard of the proposal, both in terms of urban planning and architecture. They also admired the optimistic construction interpretation of Lisbon’s traditional ceramic tile facades.

Two special mentions were awarded: one to the project entitled ‘Re-inhabiting Bujalcayado’ by Irene Iglesias Román and “La Nuit Américaine” by Luis Rodríguez Carnero, both students at the Madrid School of Architecture (ETSAM).

In the case of ‘Re-inhabiting Bujalcayado’ the judges particularly valued the desire to revitalise the architectural remains of Bujalcayado as well as the highly personal building proposal.

As for ‘La Nuit Américaine’, the Final Degree Project by Luis Rodríguez Carnero, the judges stressed the rich urban collage proposed for the film archives, as well as the ample use of ceramic tiles in the construction of the façades, bordering on the obsessive.

More than a decade of Tile of Spain Awards
The Tile of Spain Awards, which this year have reached their thirteenth edition, enjoy widespread acknowledgement in the world of architecture, undoubtedly attributable to their brilliant trajectory to date. Both the prestige of the various panels of judges and the standard of the winning projects, have earned these awards, organized by ASCER, a consolidated reputation on the Spanish and international architecture scenes.

The panel of judges selected for this latest edition was also made up of outstanding professionals of repute. It was chaired by architect Emilio Tuñón, founder, together with the late and sadly-missed Luis Moreno Mansilla of the Mansilla + Tuñón Arquitectos studio, winner of prestigious awards such as the Mies van der Rohe Award and the Spanish National Architecture Award. The panel of judges also included Italian architect Cino Zucchi; the executive director of the Pritzker Awards, Martha Thorne; Indian architect Anupama Kundoo; young architect José María Sánchez, who recently received BSI Swiss Architectural Award for architects under 50 whose work has contributed to improving the theory and practice of contemporary architecture; Fernando Márquez Cecilia, editor and director of El Croquis architecture journal; and the Castellón-born architect Ramón Monfort.

The Tile of Spain Awards include two main categories, Architecture and Interior Design, each offering cash prizes of €17,000. There is also a category for Final Degree Projects targeting students of Architecture, with cash prizes of €5,000. The Awards are sponsored by Vodafone Spain, Endesa and PortValencia.

Full details of this and previous editions of the awards are available at www.tileofspainawards.com.